To Rage Or Not To Rage

Road rage is a common expression these days. In fact, you would have to be living under a rock not to know what road rage is. Most of us think that road rage is something that has come about as there are more and more vehicles on the road; as well as the fact that so many people are so busy, and stress is an ever-present part of life. While I personally believe that road rage has really gotten out of hand, I suppose that it has actually taken centuries…yes, centuries to get there, but it really has gotten way out of control.

In fact, road rage didn’t even begin with the invention of the automobile. There are instances of “road rage” even as far back as the days of horses and chariots, as well as occurrences during the horse and buggy days, not to mention the days of bicycles. It seems that people have always argued over the right-of-way. The reality is that people have always argued over rights in general. For some people, when they get in the driver’s seat, many people check all sense of calmness at the entrance to the vehicle. These same people can’t seem to control their tempers and look beyond the mistake the other driver might have made, to notice that the offending driver might have been having a bad day.

Don’t get me wrong, I have been guilty of road rage too, and looking back I am pretty ashamed of myself for it. I have also been “guilty” of anti-road rage too, and I always walk away feeling awful. I far prefer to see the smile on the face of the offending person, who’s heart has been racing in anticipation of the screaming rage that is coming their way…the screaming rage that doesn’t come. Then, when they see the smile on my face telling them that all is well, and they aren’t going to get yelled at, their face floods with relief. I’m telling you, there is no better feeling behind the wheel than that.

In the instance I am referring to, I was at a traffic light waiting for my turn to go. The light changed to green, 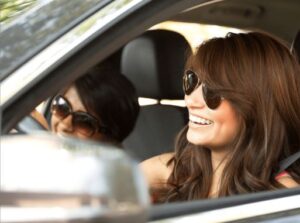 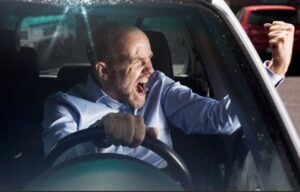 and I prepared to go, when a car ran the red light. As she started into the intersection, her eyes were a big as saucers. It was my chance to change the situation. I smiled and waved her through the light. Shocked, she smiled back, and I can tell you that we both went to work that day feeling a lot better than we had just moments before. If only everybody just took a breath and smiled, instead of raging.