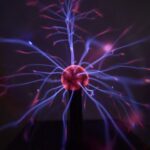 As a kid, I, like most kids used to love to shuffle around on a carpeted floor and then touch my friends or better yet, my sisters. The shock of static electricity made everyone jump. IT was one of those sneaky tricks that backfired on the person who set out to pull the sneaky trick in the first place. Of course, there were also times when the shock was completely unintentional, and too both people by surprise. The reality is that while we had fun doing it as kids, static electricity really hurts.

Kids grow out of the enjoyment of shocking their friends pretty quickly…probably because it really does hurt. Nevertheless, that doesn’t mean that our electric personalities just go away, because they don’t. These days my electric personality works a little differently. You see, I walk, every day, and a lot. In the winter, that’s not so easy, because I am not a “Winter Girl” and that’s a fact. So, my Wintertime trail of choice is not the mall, or a shopping center in town, but rather it’s the “Carpet Trail” in my house. My house has two entrances into my 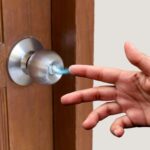 galley kitchen. That makes a circle, and with the rest of my house, I can walk with only one turn around spot. The trail works perfectly for me, and I don’t have to go out in the Winter cold. The problem, for me, is that while I don’t shuffle in my walking, my carpet still produces static electricity, and the one who most often gets zapped, is me. Of course, my husband, Bob isn’t immune. He just isn’t the one who gets zapped the most.

“Static electricity is an imbalance of electric charges within or on the surface of a material or between materials. The charge remains until it is able to move away by means of an electric current or electrical discharge. Static electricity is named in contrast with current electricity, where the electric charge flows through an electrical conductor or space and transmits energy.” Of course, we didn’t need the scientific definition of it, because we all know what it’s like. You can see it as you touch the doorknob, and it makes your hair stand on end… 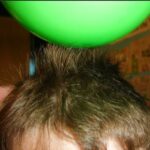 especially after rubbing it with a balloon.

Now, I find that today, January 9, 2023, is actually National Static Electricity Day. So, if you used to be one of those people who liked to shuffle around on carpeted floors wearing socks just to zap people, then Static Electricity Day is your day! The idea is to try and find a way to experiment with static electricity on this day…seriously!! They say that you might find that it’s shockingly good fun. Maybe, but in my world of being shocked by every doorknob, electrical devise, my stove, and my husband…several times in the same two hour walk, I don’t know that I would find this day so funny, because I have to “prepare myself” to touch anything, since things often strike back.