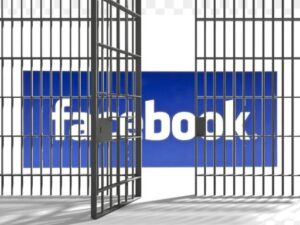 For thousands of years, people have wanted to feel like they left a mark on this Earth…a way to say, “I was here.” Not everyone could be famous, and in fact most people aren’t famous, nor would they want to be. Still, they want to feel like their life mattered…like someone cared that they had lived. Many of us, in fact most people are not famous. They are just everyday people who go about their daily lives…working, raising families, going to school and church, and spending time with families. Their lives would not be thought of as spectacular. Still for most people, someone…somewhere cares that they existed. Nevertheless, in 100 years it’s quite likely that no one will even remember their name.

These days that may be changing with sites like Ancestry.com, My Heritage, 23 and Me, and probably others, people find it easier to be “known” by the masses. Still, many people don’t even notice if a friend lands in Facebook Jail…until they get out and tell everyone. Really most of us just live our lives…day by day, expecting everything to be normal and no real excitement. With that in mind, some people found a new way to leave a 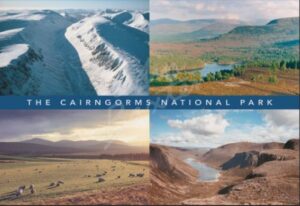 little piece of their lives in a safe place to be found by someone else, years later. In fact, it has become a big deal…called a “Time Capsule” but it isn’t new. There was a time capsule at the high school I graduated from, and its opening years later was documented by my niece, Liz Masterson, who graduated from there too, and now is a teacher there. There was also a time capsule in a local restaurant that was found when they did some remodeling many years later. Some time capsules are even older, such as the one found in 2015 in the Cairngorms National Park in Scotland. This one was a 121-year-old time capsule, and it was discovered by construction workers on a section of the Ruthven Road bridge.

Time capsules can be any kind of container. They just need to be able to stand up to the environment they are placed in. A wooden box is ok in a place that won’t get wet, and most times people try to place things in such a place. The Cairngorms National Park capsule was a metal box, similar to a safe-deposit box at a bank. The excitement around the time capsule grew, and when it was opened, the items inside that were found included…

a bottle of whisky, a newspaper from 1894, a scroll, and some other items. As often happens, the items and the box itself were donated to the nearby Highland Folk Museum to be studied. As to the timeframe, it is believed that the time capsule was placed within the structure of the bridge when it was originally constructed at the end of the 19th century, so the 1894 newspaper wasn’t far off. Of course, unless there were specific names in the box, the people in the particular show of “I was here” will remain a mystery. Still, they will be remembered, even if we don’t know exactly who “they” were.