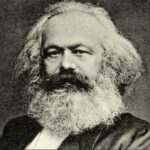 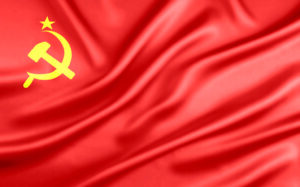 There are a number of different kinds of governments, and people disagree on which is the best. Personally, I think that any government that takes away the freedoms of its people is destined to fail. Communism is a “political theory derived from Karl Marx, advocating class war and leading to a society in which all property is publicly owned, and each person works and is paid according to their abilities and needs.” Communism is also, known as Marxism, which is defined as “the political and economic theories of Karl Marx and Friedrich Engels, later developed by their followers to form the basis for the theory and practice of communism.” I don’t think most people know the real meaning of Marxism or Communism, or, for that matter, Socialism, which is “a political and economic theory of social organization which advocates that the means of production, distribution, and exchange should be owned or regulated by the community as a whole.” If people knew what these types of governments are really like, they would fight to keep them out of their countries. The problem is that people think the government will take care of them, and that they will benefit from the work of others. It never works that way. everyone in these situations gets poorer, except for the government.

The Union of Soviet Socialist Republics (USSR) was established in post-revolutionary Russia, on December 30, 1922. It combined Russia, Belorussia, Ukraine and the Transcaucasian Federation (which was divided in 1936 into the Georgian, Azerbaijan and Armenian republics). The new nation was also known as the Soviet Union. It was the successor to the Russian Empire and the first country in the world to be based on Marxist socialism. The rest of the world was rather stunned that this kind of regie actually existed, because it took away so many freedoms and personal property, and the people had no choice.

Because Russia was reeling from the Russian Revolution of 1917 and subsequent three-year Russian Civil War, the Bolshevik Party under Vladimir Lenin dominated the soviet forces. A coalition of workers’ and soldiers’ committees called for the establishment of a socialist state in the former Russian Empire. It was from there that the USSR was formed, and after that, all levels of government were controlled by the Communist Party, and the party’s Politburo, with its increasingly powerful general secretary, who effectively ruled the country. Everything, from Soviet industry was owned and managed by the state, and agricultural land was immediately confiscated and divided into state-run collective farms. 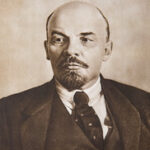 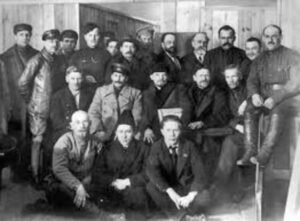 The USSR, as many knew it must, eventually failed because you can’t place people into a slave state without eventual rebellion. In 1991, the Soviet Union was dissolved following the collapse of its communist government. Communism, Marxism, and Socialism simply won’t work in the long run. If a nation wants growth and prosperity, they must have capitalism, so that the people have the incentive to be entrepreneurs, inventors, scientists, and so many other occupations in which discovery is made. Without incentive, people will simply quit.