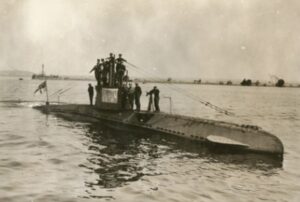 When a nation has a weapon that is so deadly to its enemy nations, those nations have no choice but to find a new way to beat that weapon. The German U-Boat was just such a weapon. Gliding along silently beneath the sea, the U-Boat put the ships of the Allied nations in constant and grave danger. That was one of the reasons that the British developed a fixation on their presence at sea. They depended on seaborne trade, and during World War I, the Germans were terrorizing that trade.

For much of Great Britain’s history, they enjoyed the luxury of having more battleships than the next two powers combined. For that reason, the Germans knew that they would have to concentrate their efforts on attacking vulnerable shipping lanes to disrupt the British war effort. They didn’t care if there were passengers on those ships. They didn’t care about loss of life or supplies. They had one plan…to dominate the seas. German submarines became a menace to the merchant navy. Something had to change, so the British came up with a plan to counter the U-boat threat. The plan involved disguising armed vessels as harmless trawlers to 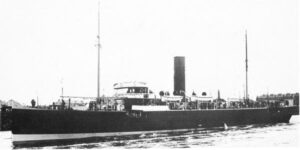 lure the submarines in and then wipe them out. The answer to the U-boat were disguised vessels…decoys, known as Q-ships.

Knowing that the U-Boats were under orders to attack just about anything. The Q-ships hid naval guns behind pivoting panels. It was the Sun Tzu tenet of “hold out baits to entice the enemy.” The Q-ships pretended to be disabled and when the U-Boats show up for the kill, the Q-ships went into action. Guns and additional crew had been concealed by hinges that could be dropped at a moment’s notice. The U-boats of World War I had limited range and carrying capacity, so the captains were nervous about wasting their torpedoes. Also, while the U-Boats of World War II were more capable of lang periods of time submerged, the U-Boats of World War I, had limited capability, so they preferred to use the submarine’s main gun to subdue ships whenever possible.

As the U-Boats came into sight of the Q-ship, the Q-ship’s crew would pretend to panic and abandon the ship to 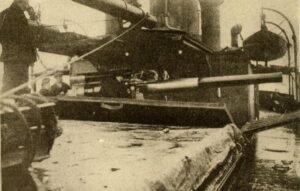 draw the submarine in close. The U-Boats, once lured in, were at the mercy of the Q-ships. The Q-ships began to drop their depth charges as soon as the submarine tried to escape. It was a dangerous game to play and required a brave crew to pull off the ruse, and it was not always successful. Some Q-ships were lost, but because of their efforts the threat of submarines in World War I were lessened. The plan was to try the tactic again in World War II, but ships were in very short supply. The tactic of using decoy ships was much more limited but was also used by the Germans and Americans. While it wasn’t a major tactical warfare practice during the two wars, it was effective while it was used.