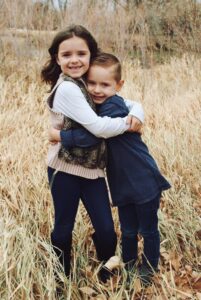 My grand-nephew Jaxon Killinger is a sweet little boy, who is shy and timid…until he gets to know you, then he is very outgoing and very silly. He is like my niece, Lacey Stevens in that way. Jax loves to make Lacey and his dad, Chris Killinger laugh by dancing and being goofy, and I’m sure he has great success in his endeavors. Lacey first met this sweet little guy when she began dating his daddy, and she fell in love almost immediately with him and his big sister, Brooklyn Killinger.

This has been an exciting summer for Jax, because it is the first summer he has been able to ride his bicycle without training wheels. He is so excited!! It is a new-found form of freedom, even if he isn’t allowed to go very far just yet. Jax and Brooklyn 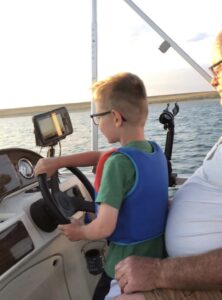 finally talked their dad into letting them ride around the block, and while Chris was nervous about it, they did great and now they want to go for bike rides around the block all the time. They keep asking to ride further and further too. Typical for kids when they start to spread their wings a little bit. I’m sure that his daddy will have bigger worries, because its obvious to me that little Jaxon is looking to drive soon…at least in boats!!

The family has been doing some camping this summer too. Jax and Brooklyn totally love it especially is their cousin, Elliott is going along. Elliott is Lacey’s brother Garrett 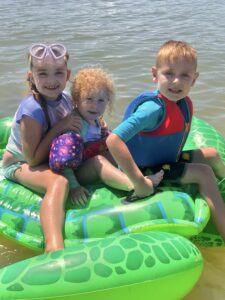 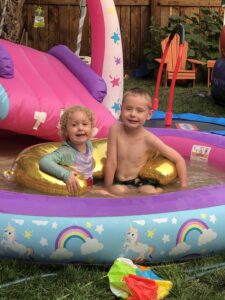 and his wife, Kayla Stevens’ daughter, and Elliott is totally taken with Jax. I can’t say that I’m surprised about that, Jax is a little cutie. Elliott just turned three, and had a big party. Jax and Brooklyn were there with their daddy and Lacey, and Elliott wanted Jax’s total attention. She didn’t think that he should be paying attention to anyone or anything but her. Even at three, Elliott has good taste, because Jaxon is a handsome little boy, and while he is three years older than Elliott, that doesn’t matter to her one bit. In her opinion, he is her cousin, and hers alone, hahahaha!! Can’t wait to see what shenanigans these two will get into in the future. Today is Jaxon’s 6th birthday. Happy birthday Jaxon!! Have a great day!! We love you!!

2 Responses to A Goofy Boy