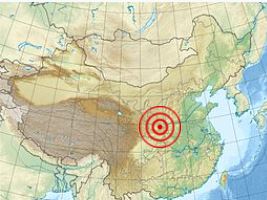 Most of us realize that there are earthquakes going on all the time. Most of them are very small, and often not even felt by anyone. Some are so far out in the ocean that they have little effect of anything. Others are far out in the wilderness or unpopulated areas, and so no one feels them. There are, however, some that are so large and so devastating, that they can never be forgotten. The January 23, 1556 earthquake in Shaanxi, China is just such an earthquake.

The earthquake struck Shaanxi late in the evening, and the aftershocks continuing through the following morning. I’m not sure how the scientists can calculate the magnitude years later, but their investigation revealed that the magnitude of the quake was approximately 8.0 to 8.3. That is, by no means, the strongest quake on record, but it struck right in the middle of a densely populated area with poorly constructed buildings and homes, resulting in a horrific death toll. Making buildings earthquake proof in the 1500s was not even a possibility…at least not to the level of the current building codes. Because of that, the death toll was estimated at a staggering 830,000 people. Of course, counting casualties is often imprecise after large-scale disasters, especially prior to the 20th century. Nevertheless, this disaster is still considered the deadliest of all time.

The earthquake’s epicenter was in the Wei River Valley in the Shaanxi Province, near the cities of Huaxian, 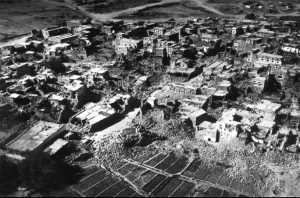 Weinan and Huayin. In Huaxian alone, every single building and home collapsed, killing more than half the residents of the city. The death toll there was estimated in the tens of thousands. Similarly, the death toll and economic impact in Weinan and Huayin was also very high. There were places where 60-foot-deep crevices opened in the earth. Serious destruction and death occurred as much as 300 miles away from the epicenter. The earthquake triggered landslides, which also contributed to the massive death toll. Of course, the estimates could be off, but even if the number of deaths caused by the Shaanxi earthquake has been overestimated slightly, it would still rank as the worst disaster in history by a considerable margin.

One Response to Deadliest Earthquake In History