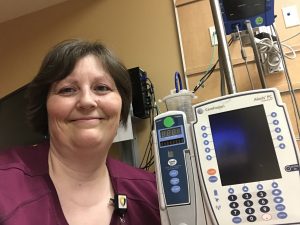 My oldest daughter, Corrie Petersen is studying to be a nurse. It was not her life’s dream, but rather a change that came about after spending years as a caregiver for both sets of her grandparents, Allen and Collene Spencer, and Walt and Joann Schulenberg. Corrie was a faithful team member and loving caregiver to them all. She was meticulous, loving, kind, and cheerful. Whether she knew it then or not, Corrie possessed all the traits of a successful CNA or nurse, except for the medical training that is. I sometimes wonder if she had any inkling of what the future would bring. She knew she was good at caregiving, but did that doesn’t necessarily transfer to nursing. It doesn’t matter really, because God knew.

From the time Corrie was 15, she worked in one office or another…just 3 really, and she was very good at what she did. She married Kevin Petersen just a month and a half after her high school graduation. At that time, she wasn’t interested in college, but rather was looking forward to starting a family. She was content and her family was her whole world. Life went on and her boys, Chris and Josh grew, but when they were 10 and 8, my her grandpa became ill, and that started 13 years of caregiving, first for one grandparent and then for another. Our family “caregiving team” needed lots of help, because it really does take a village to take care of a person, and the hardest thing is to have a village of one or two. Corrie, her sister, Amy Royce, and their kids, Chris Petersen, Shai Royce, Caalab Royce, and Josh Petersen all became a part of that village, and we couldn’t have done what we did without each and every one of them.

When our village was no longer necessary, an event we wished had never come, Corrie began to feel like she needed a different career. God was leading her to make a career change. The time she had spent caring for her grandparents would change her forever. She prayed about it, and made the decision to follow God’s leading. She would have to trust Him to make a way, which He has in every way, and through every aspect of her training…because God knew it was right for her. Today is Corrie’s birthday!! Happy birthday Corrie!! Have a great day!! We love you!!