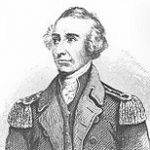 Patriot, Lieutenant Colonel Francis “The Swamp Fox” Marion was fresh from a victory at Nelson’s Ferry on the Santee River in South Carolina on August 20, 1780. Marion, who was just five feet tall, won fame and the “Swamp Fox” nickname for his ability to strike and then quickly retreat into the South Carolina swamps without a trace. Marion used irregular methods of warfare and is considered 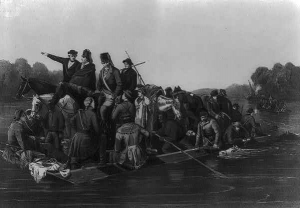 one of the fathers of modern guerrilla warfare and maneuver warfare, and is credited in the lineage of the United States Army Rangers. After the victory at Nelson’s Ferry, Marion and 52 of his militiamen rode east in order to escape the pursuing British Loyalists. They were successful, but during their escape, a second and much larger, force of Loyalists led by Major Micajah Ganey, attacked the militia from the northeast. Marion’s advance guard, led by Major John James, defeated Ganey’s advance guard and Marion ambushed the rest, causing Ganey’s main body of 200 Loyalists to flee in panic. The success of Marion’s militia broke the Loyalist stronghold on South Carolina east of the PeeDee River and attracted another 60 volunteers to the Patriot cause.

Marion rarely committed his men to frontal warfare, which was much more risky, but repeatedly surprised larger bodies of Loyalists or British regulars with quick surprise attacks and equally quick withdrawal from the 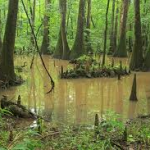 field. He was considered almost a ghost. Marion had previously earned fame as the only senior Continental officer in the area to escape the British following the fall of Charleston on May 12, 1780. His military strategy, while odd for the time, was really advanced for the time, and similar to some of today’s strategies. Marion took over the South Carolina militia force, first assembled by Thomas Sumter in 1780. Sumter returned home to bring Carolina Loyalists’ style terror tactics on the Loyalists who burned his plantation. After being wounded, Sumter withdrew from active fighting. Marion replaced him and teamed up with Major General Nathaniel Greene, who arrived in the Carolinas to lead the Continental forces in October 1780. Together, they are credited with pulling a Patriot victory from the jaws of defeat in the southern states.