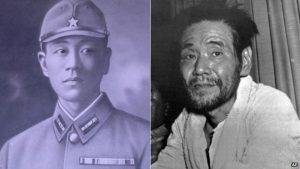 These days, lots of people have considered living off the grid. It’s almost the latest thing. Most of them really just want to do away with the bills that go along with being on the grid…water, electric, gas etc, but some of them are really wanting to lead a disconnected life. They want to shut off the phone, television, and computer, and just enjoy nature. To me, that sounds like fun for about a day…but then I am more a child of the age of technology than even my kids and grandkids are sometimes, and that’s saying something, because they are technological people, in one way or another. I have to wonder how the off the grid people would feel about it, if they had been Shoichi Yokoi.

At this point, I’m sure that you are wondering who Shoichi Yokoi is and what was going on with him that made him such an off the grid type, so I’ll tell you. Shoichi Yokoi was a Japanese sergeant, from World War II. Shoichi was stationed on Guam, which had become a United States territory in 1898. In 1941, during World War II, the Japanese attacked Guam and captured it. The 200 square mile island, located in the western Pacific Ocean remained in Japanese Hands for three years. Then, the United States attacked and retook the island. As the Japanese forces retreated and surrendered, Yokoi made the decision not to surrender, and he went into hiding in the Jungle. He dug a tunnel, that would be his home while he was in hiding. Yokoi, who had been a tailor’s apprentice before being drafted in 1941, made clothing from the fibers of wild hibiscus plants and survived on a diet of coconuts, breadfruit, papayas, snails, eels and rats. “We Japanese soldiers were told to prefer death to the disgrace of getting captured alive.” While living in the jungle, Yokoi carved survival tools and for the next three decades waited for the return of the Japanese and his next orders…three decades!!!

Somehow, this man was so far off the grid that he had no idea what was going on in the world for almost three decades, and he assumed that World War II was still going on. He spoke to no one. He hid from anyone who might have come near him. Then, he slipped up…a good thing, as it would turn out to be. After 28 years of hiding in the jungles of Guam, local farmers discovered Shoichi Yokoi hiding in the jungle. I’m sure he was totally shocked to find out that he was the only one in the world still fighting World War II!! After he was discovered on January 24, 1972, he was finally discharged and sent home to Japan, where he was hailed as a national hero. I guess Shoichi must have grown to love Guam, because when he married, he and his new bride 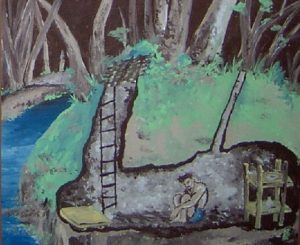 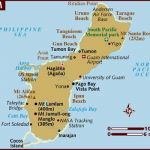 returned to Guam for their honeymoon. Shoichi went on to live a long life, and passed away on September 22, 1997 at the age of 82. The people of Guam and the governments of the United States and Japan must have though that his story was so amazing that his handcrafted survival tools and threadbare uniform are now on display in the Guam Museum in Agana. Shoichi might have been an enemy of the United States, but I can’t help but think that he must have been a very faithful soldier, to have held out that long.