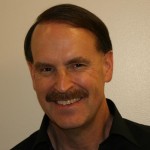 Not everyone can say that they truly have the best job on Earth. I know that lots of people think they do, but I can name so many ways that they, if they thought about it from my perspective, would have to admit that they just don’t. For most people, going to work means getting there on time, doing your job, and going home at quitting time. Loving your job sometimes falls into this mix, and sometimes it just doesn’t, for the sad truth is that millions of people really hate their job. They know that they could find a better one, but they just don’t know where to start, or they don’t have the training, or the job market is just so poor that they don’t dare try to look somewhere else right now.

For the last 19 years I can honestly say that I have been extremely blessed to have the job I do, with the boss I have. It’s easy for me to use the term boss, because in reality Jim Stengel is nothing like a boss…in fact, he is the epitome of the un-boss. He doesn’t even like the word boss…choosing rather to call his employees, associates, and glaring at the person who forgets and calls him boss. It’s his way of reminding us that he doesn’t like the “B” word. Jim tells us about his dad’s way of looking at it. Jim Stengel Sr was the owner of Dakota Granite, and it was his belief that if you hire the best people for the job, and let them do their job without micro managing them, they will do their very best for you, and be happy in the process. I think he was on to something there.

One of the best reasons that I have to say that Jim is the greatest person to work for, is that he knows how to keep the priorities straight. Over my ten years as a caregiver, I have had to put that theory to the test. Lots of bosses tell you that family comes first, but if you need time off to go take care of someone in the family, they aren’t so happy to accommodate that time off. Apparently, it’s ok make family your top priority, as long as it doesn’t interfere with your job. Not so with Jim. During the times when my caregiving duties required me to miss quite a bit of work, he didn’t complain, and that made me want to work even harder for him when I was there. Both my family and Bob’s family are fully aware of the huge debt of gratitude we all owe Jim, and for that reason they have virtually adopted him as a son in the family. Not only that, but they keep him in their prayers. We can never repay that debt, and if you ask Jim, he would tell you that we don’t owe him a thing… 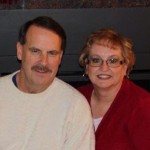 but that’s just him being kind, because we really do. Had he not given me the time off I needed, even at a moments notice, to take care of a parent or sister-in-law who needed my help, I don’t know what we would have done.

Jim will try to blow this off as being what any boss would do, but we all know that isn’t so. Most bosses expect you to put in your full hours, and find someone else to take care of things when you are working. That is no easy task, as any caregiver will tell you. Jim is a one of a kind…the un-boss, and we who have the privilege of working for him understand just how very blessed we are by him. Today is Jim’s birthday. Happy birthday Jim!! Have a great day!! We love you and are proud to call you…friend!!