The Life Of LuLu 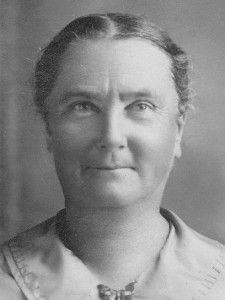 When a young woman gets married, she expects to live happily ever after. Unfortunately, for my husband, Bob Schulenberg’s second great grandmother, Mary LuLu Taylor, that was not to be. Mary, who went by LuLu, married Bob’s second great grandfather, James Leary on September 30, 1880 in Shelby, Missouri. They were very much in love. The young couple would move to Forsyth, Montana and on January 4, 1886, she gave birth to Bob’s great grandfather, Marion Chester Leary, who went by Chester for most of his life. Now their family had entered the next phase. They were no longer a couple, but rather, a family…at least for a while. The couple would move again, this time to St Louis, Missouri. March 26, 1888 would find LuLu a widow, with a two year old son to raise…alone.

For a young mother in the 1880s, being a widow didn’t leave her with a lot of options. LuLu moved back to Shelby, where she met her second husband, James Begier. They 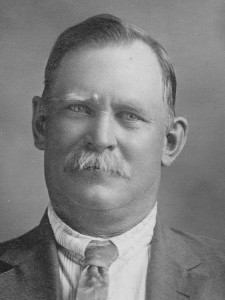 were married on March 18, 1890. LuLu thought her life had turned around, and in many ways, she was right. LuLu and James Begier went on to have Minnie in 1893, John in 1896, and Mable in 1902. I’m sure that by 1902, LuLu felt like her life was finally perfect. She had her husband and her children. Nevertheless, life would not reamin so perfect forever. This marriage would not be a happily ever after marriage either, because while James Begier’s death date is not known at this time, the last known census showing James Begier was in 1910.

LuLu would remarry again on February 19, 1919 in Rosebud, Montana to Milo Warren. She had moved back to Forsyth because her eldest son, Chester Leary, was living there, with his family. When a woman is widowed, it is often the best option to move to where family lives…especially in those days. As with LuLu’s previous husbands, Milo would predecease her on August 21, 1928. Once again, LuLu moved. This time to be near her youngest daughter, Mabel Begier Brown. I don’t really know if Mabel was sick during this time or not, but LuLu passed away on April 26, 1929 in Fletcher, Oklahoma, and her daughter, Mabel Begier Brown passed away on 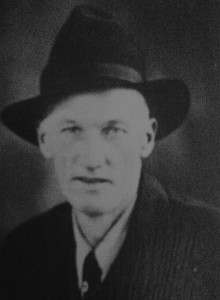 While, LuLu’s life was filled with times of sadness, she did nevertheless, live a full life. She had the opportunity to live in several places, and she was blessed with four children, and many grandchildren and multiple levels of great grandchildren, including my husband and his siblings, by daughters and their cousins, and my grandchildren and their cousins. While I never had the opportunity to meet LuLu in person, I have long beed intrigued by her life. My only regret is that I don’t have pictures of all her husbands…just James Begier, nor of her children…just Chester Leary. Nevertheless, I feel blessed to have those few. LuLu was born on August 31, 1861, and today is the 154th anniversary of her birth. Happy birthday in Heaven Mary LuLu Taylor Leary Begier Warren. I look forward to meeting you someday.

4 Responses to The Life Of LuLu