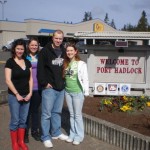 When my niece, Lindsay Moore was just a little girl, she knew when her birthday was, but there was a little problem with it. For some reason, August just wasn’t a fancy enough name for her month…or maybe she just couldn’t pronounce it. So, for whatever reason, August became Faugust. Even after Lindsay learned how to say August, the month just never got changed…at least not on the 29th. That was her day, and it would always be Faugust 29th. Lindsay has always liked the goofy things in life, so it’s not surprising that she named her day something special.

When the rubber galoshes phase came out, Lindsay was among the first to jump on that bandwagon too. We all thought it was the silliest look, but if anyone could 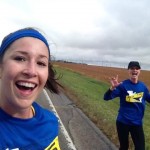 pull it off, it was Lindsay. I wouldn’t be a bit surprised if she still wears them sometimes. And even if she doesn’t wear them often, I’m sure she still has them and would wear them if they fit into her new surroundings much. Lindsay and her new husband, Shannon, moved to Miami Florida right after their marriage because he took a job as the special teams coach for Miami International University. It is a new adventure, but I don’t know how often Lindsay’s galoshes will be used, unless she decides to go jogging through a swamp.

Lindsay has never been shy…not even for a minute, so I have no doubt that she already has a wonderful group of friends in Florida to spend time with, while Shannon is working, because Lindsay now has an online job that she does. That is kind of nice, because it gives her a little 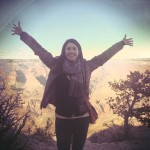 bit more free time to explore her new surroundings. As an exercise enthusiast, she will most likely be scoping out the walking/jogging trails, or she might just do her jogging on the beach. And who could blame her for that. I love the beach, and if I were a jogger, I might love to jog on the beach, but since I love walking, I know that a long walk on the beach would be very appealing to me. But since this story is about Lindsay, I guess it would be jogging on the beach. Lindsay is and always will be excited about life, and wherever she goes, sunshine will follow, because she is a sunshiney girl. Today is Faugust 29th…Lindsay’s birthday. Happy Faugust 29th Lindsay!! Have a great birthday!! We love and miss you!!