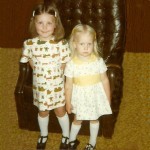 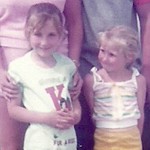 2 Responses to I’m Not Her Mini-Me