About To Be A Daddy 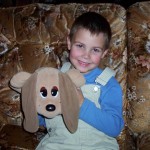 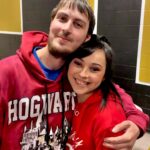 My youngest grandson, Josh Petersen is not a kid anymore. In fact, he and his fiancée, Athena Salazar are about to become parents…likely before the end of this month, or at the very latest, early next month. It’s hard for me to wrap my head around the fact that my “youngest” grandchild is so grown up and is about to become a daddy, but here we are. The years fly by so very fast. I remember when his mom dropped him and his brother, Chris Petersen at my house in the mornings. It was my job to take the kids to school each morning, since I went to work an hour later than my girls, Corrie Petersen and Amy Royce. Josh always came in the door with the same words…”Treat Grandma!!” There was no “Hi Grandma” or “I’m here, Grandma.” Just “Treat Grandma!!” That boy was always hungry. In fact, as much as he ate, I have no idea how he stayed so skinny, but he was certainly a skinny little kid.

All through his pre-driving school years, I took Josh and his brother to school, and then picked them up after so 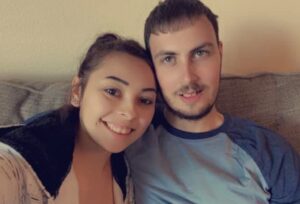 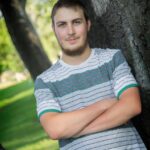 they could go to the Boy’s and Girl’s Club. While it was really noisy, the kids always had a great time at the club. As they got a little bit older, I’m sure the pool tables and other “big kid” games were the big draw. Now finding those kids after the workday was over was a totally different story. There were so many kids there, that you really had to search hard to find your kids. It seems so long ago when those kids, Chris, Shai Royce, Caalab Royce, and Josh were all in school. In so many ways, I really miss those days, but then if we were still in those days, I wouldn’t have the two great grandchildren I have, and little Justin, who is on the way.

His school days are over now, and Josh has become a man. He has met the girl of his dreams, Athena Salazar. 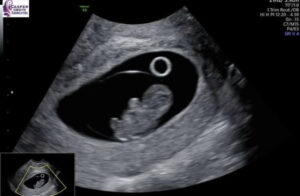 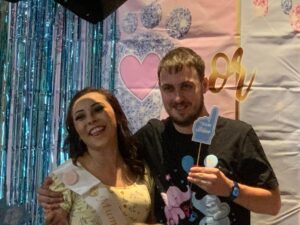 Strangely, these two first met in middle school, and then reconnected when they were working together at Sanford’s. They knew right away that this was it…the real thing!! They have been inseparable ever since, and now their little family is growing, as they add baby, Justin. We are all so excited to meet him. Today is Josh’s 24th birthday. Happy birthday Josh!! Have a great day!! We love you!!

One Response to About To Be A Daddy