I’ll Survive For You 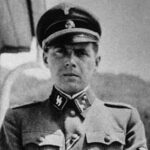 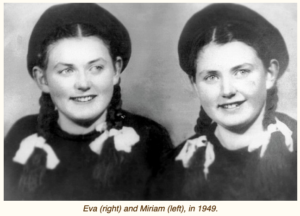 Approximately 3,000 twins were pulled from the masses on the ramp at Auschwitz, most of them were children; only around 160 of them survived. As the trains rolled into Auschwitz, the guards were trained to watch closely. They were looking for strong workers, the elderly, and the weak, and they were looking for twins…especially identical twins. The parents of these twins were thankful that they had twins…at first. They seemed to know that their twins would not be sent to the gas chambers, but they did not know that they would be taken away from them forever, and that they would be sentenced to a life of torture in the hands of a madman. The Nazis didn’t care about the feelings of the parents whose twins were yanked from their arms. They knew that Dr Josef Mengele wanted these twins for his medical experiments. Mengele wanted to find a way to cause more twin births to increase the Nazi world population. He also wanted to find a way to manipulate the traits twins had so that if they were blonde haired, a trait that supposedly meant that they were half Aryan. That said, he wanted to bring any problematic areas into line, such as the lack of blue eyes. He would inject chemicals into their eyes to try to turn their eyes blue. And that was just part of his insanely sadistic experimentation.

Ten-year-old Eva (Mozes) Kor and her twin sister, Miriam (Mozes) Zeiger, were one of these surviving sets of twins. The twins were born on January 31, 1934 into a Jewish farming family in the village of Portz in northern Transylvania, which was a part of Romania at the time, but later became a part of Hungary, which came under German military occupation in late World War II. Their family was deported to Auschwitz in late 1944, a fact which probably was to their advantage, because they were at Auschwitz for a shorted time that some survivors. The twins father, Alexander; their mother, Jaffa; and sisters, Edit and Aliz; all died at Auschwitz.

Eva and Miriam spent nine months in the clutches of Dr Mengele, during which time he would inject them with mystery cocktails of germs, viruses, and chemicals…just to see how they would react. Following one such injection, Miriam’s kidneys stopped growing. They remained the size of a child’s for the rest of her life. Eva recalls that after one injection, she became very ill, with a high fever. During her illness, she kept telling herself that she must survive, or else Miriam would become “surplus to requirements,” meaning that she would be given a lethal injection of something so that dual autopsies could be performed on them. Mengele wanted to see any differences the twins might have. The girls were determined that they would survive for each other.

Dr Mengele who has killed about 1,500 pairs of twins in two years, was known to perform horrible surgeries on twins, without anesthesia. One day the girls saw a set of twins brought into the barracks after surgery. The twins had been connected at their backs. Their organs had been interconnected. They were in horrible pain, and they died a short time later. While the “Mengele Twins” were given “special privileges” in some ways, better clothes and food, they were not spared the horrors of death. They saw it all around them, and they had no one to comfort them after they witnessed these horrors.

Then it happened…on January 27, 1945, while Eva and Miriam are lying in their bunks, the girls heard shouts of

“We’re free! We’re free!” They ran to the door of the barracks, but couldn’t see anything for a few minutes because of the snow. Then they saw the Soviet soldiers in white camouflage. It was a wonderful day for them. The girls immigrated to Israel and lived in a Kibbutz that had been set up for children orphaned by the Holocaust. The grew up and both married, but only Eva had children. Miriam passed away on June 6, 1993. Eva went on to forgive the Nazis for the atrocities against the Jews. She not only forgave them, but she took young people on annual tours of the Auschwitz complex, because she didn’t want people to forget what happened there. She actually passed away while on one of those tours on July 4, 2019. These were amazing women. Would that we could all forgive in such a manner.