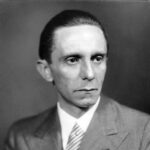 When the government forces a persecuted people to wear a label, that lets everyone around them know that they are a part of the group that anyone can persecute, it becomes one of the greatest atrocities known to mankind. Imagine a world where anyone has the right to beat, maim, and even kill another person in broad daylight and in front of witnesses, and face no repercussions for the atrocity committed. That was exactly the situation the Jewish people faced when, on May 29, 1942, on the advice of Nazi propaganda minister Joseph Goebbels, Adolf Hitler orders all Jews in occupied Paris to wear an identifying yellow star on the left side of their coats.

Most people, these days, can keep their beliefs to themselves, so they aren’t persecuted. We see it all the time. There are people right now, who don’t tell anyone that they are Christian (or Jewish) because they know that they will be hated, belittled, and persecuted simply because of their beliefs. It is against the law to murder…at this time, but it could change if we aren’t carful with the things we allow. This would be terrible, but nothing like the Yellow Star mandate was to the Jewish people. Hitler, along with his fellow government officials wanted 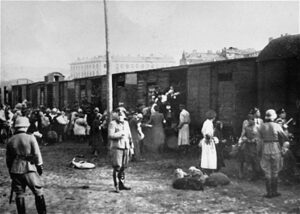 to dehumanize the Jewish people. One man, Joseph Goebbels, led the way on this. Goebbels had made the persecution, and ultimately the extermination, of Jews a personal priority from the earliest days of the war, often recording in his diary such statements as, “They are no longer people but beasts,” and “[T]he Jews… are now being evacuated eastward. The procedure is pretty barbaric and is not to be described here more definitely. Not much will remain of the Jews.” His hatred of the Jewish people was unrestrained.

It is sad to think of this, and we can try to place the full blame on Hitler, Goebbels, or even the Nazis, but they were not the first to suggest this particular form of isolation. “The yellow star may make some Catholics shudder,” wrote a French newspaper at the time. “It renews the most strictly Catholic tradition.” Intermittently, throughout the history of the papal states, which is the territory in central Italy controlled by the pope, Jews were often confined to ghettoes and forced to wear either yellow hats or yellow stars. On July 14, 1555, Pope Paul IV issued the papal decree Cum Nimis Absurdum, which subjected Jews under his dominion to myriad 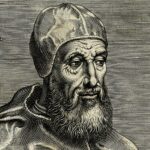 restrictions and humiliations, most notably forcing them to live in ghettos. He was an unusually rigid and anti-Jewish pope and this decree was one of his first actions, issued just two months after becoming pope. He also required that the ghettos be locked at night, the Jews were not allowed to own property and were required to identify themselves by wearing a yellow head covering. They were limited to primarily low-level trade jobs, and Jewish doctors were not allowed to have Christian patients. Nevertheless, Hitler’s Holocaust was the worst example of hatred imposed on the Jews in modern times.