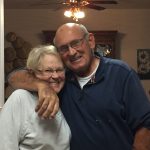 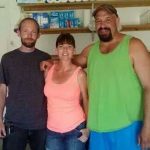 My husband’s Uncle Butch Schulenberg is such a sweet man. Bob and I went up to Forsyth, Montana a couple of years ago, and Uncle Butch was so gracious and kind to show me so many pictures of himself and his family. They were pictures we had never seen before, and it was such a treat to receive them, along with the stories that went along with them. Uncle Butch is my father-in-law, Walt Schulenberg’s half-brother by their dad’s second marriage, and to me, he is such a precious part of the family. His is loving and kind, and he is a man of integrity and honor.

Uncle Butch, like many of the young men of his era served honorably in the Army after high school, and was one of the lucky guys who got to be stationed in Hawaii part of that time. He did find out that not all of Hawaii is a tropical paradise, when he got to go up to one of the high peaks that are between 10,000 and 13,000 feet, and are the only places where Hawaii gets snow every year. Butch tells me that it was absolutely freezing while they were up there. Yikes!! I had no idea. Still, knowing Butch as I have come to, I know that the views he had while he was in Hawaii were spectacular, and some that he cherishes still today. Butch loves the outdoors, and takes lots of walks near his home. He probably has the best view in Forsyth, Montana, especially if, like Butch, you love taking pictures of sunrises and sunsets. His home overlooks the Yellowstone River, and the sun sets on the horizon behind the river view…making for a spectacular image.

Butch married Charlys Stull on June 25, 1966 and their marriage was blessed with three children, Tadd, Andi Kay, and Heath. They also have seven grandchildren. Their marriage has been blessed with many wonderful years, and is still going strong. They love to travel around, and especially to go visit their children and grandchildren. Butch is also a very strong supporter of the local school teams, and knows the players 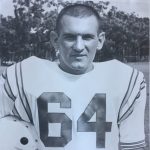 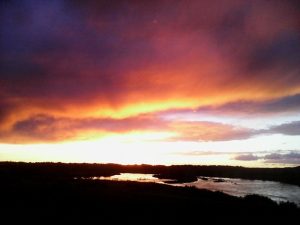 personally. Forsyth is a small town, so most people know each other, and Butch is well known as an encourager of the teams. What a wonderful way to be known. Of course, I know just how they feel, because Butch is that way with everyone, and I have been privileged to receive his words of praise many times over my writing…something that blesses me more than he could possibly know. Today is Uncle Butch’s 80th birthday. Happy birthday Uncle Butch!! Have a great day!! We love you!!

2 Responses to Blessing To Many