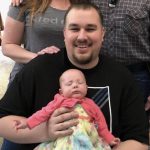 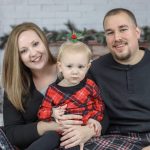 My grand nephew, Keifer Balcerzak is a computer programmer for the State of Wyoming. He loves his job, and is a great bread-winner for his family, but it isn’t his job that has made him the man he is today. I have not seen many men who have become a parent, and then had to immediately be the “rock” for his little family. Keifer and his wife, Katie, became the parents to Reece, a 2 months premature little girl, born in December 2017. That was a scary time for Keifer and Katie, and they had to be strong for their baby girl…and for each other. I can’t say for certain that Katie felt like falling apart, but I think most women probably would have felt like falling apart, and would need their strong husbands to hold them up in the face of such a serious situation. Keifer did that for Katie, as she recovered from giving birth, and dealt with the day to day concerns for Reece’s well-being. Her home-coming was a wonderful day for both of them, and in victory, they went home from Denver, Colorado to Casper, Wyoming to start their life. Their lives had changed much more than the normal amount that goes with having a baby. Staying positive was of the utmost importance.

With Reece’s blossoming health, following her rocky start, Keifer and Katie have been able to get back to their normal lives…at least as much as a global pandemic would allow. Keifer was able to play a little softball this summer, and really enjoyed that…at least until someone hit him with the ball, leaving him pretty bruised. Still, being the tough-guy player he is, Keifer toughed it out, and while we know that bruises hurt, Keifer had determined to get himself into better shape, and he was not going to let this or anything else sideline him. Keifer has been in this quest to get into better shape since March of 2019, and has had great success. He wants to be his best self. He feels better, and as any of us who have worked to get in shape know, he looks better…in 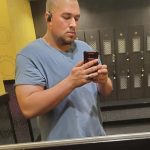 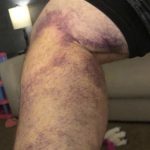 fact, he looks great. I know his girls are very happy to have a more energetic husband and daddy in their lives too. We are all very proud of Keifer’s success.

The future is bright for Keifer and his family. With their health struggles behind them, and lots of activity and fresh air in front of them, the Balcerzak family is happier than ever, and we are all happy for them. Having your health is a huge part of living a happy life. And now, they are all embarking on a healthy future. Today is Keifer’s birthday. Happy birthday Keifer!! Have a great day!! We love you!!