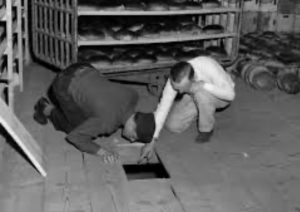 As kids, we have all played hide and seek. It’s a common game, and it’s a lot of fun. At least the version we all played as kids, was a lot of fun. There is a version of hide and seek that was not only “not” fun, it was not a game. It was during World War II, when the Jewish people, and any other race not considered the Aryan race by Adolf Hitler, were forced to go into hiding or face slavery and deportation to the death camps. The only real difference between these two “games” was that one was for fun and one was life and death.

The stories of people who hid out during those tumultuous times, and those who hid them, are too numerous to tell, and the only ones we hear about are those about which someone kept a record, a diary, or lived through the events and was later able to tell the tale, but there are many unsung heroes, whose stories were never told, and yet 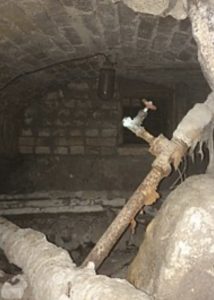 those they helped will never forget their kindness. These were people from all walks of life, who turned their homes into hiding places by building a wall to make a tiny room, or turned their attics, basements, barns, or sheds into places of refuge for the many persecuted people upon whom Hitler had set his sites. Hiding these people would mean certain death, if they were caught, but they could not live with themselves, if they didn’t help their fellow man. Those in hiding knew that if they weren’t quiet, their host family would be killed right along side of those in hiding. They even managed to keep the babies quiet, some for years. The children seemed to instinctively know that their silence was imperative. And of course, God made a way for it all to work. Children are not instinctively quiet!! And yet these were. The was no coughing, sneezing, whispering, or moving around, when the Gestapo came calling. Those in hiding knew that their hosts were in just as much danger as they were, and they were forever grateful that their host family was willing to help them in their time of great need. Some were caught, and put to death, but many of the Jewish people and the others, managed to stay in hiding for years. Somehow, God made a way for some of the Jewish people, His chosen people, to survive….against all odds. 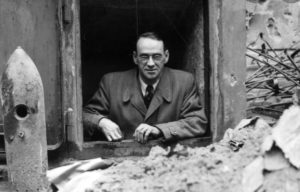 I can’t imagine finding myself in the position they did…the ones who hid the Jews, or the Jews being hidden. They had done nothing wrong. Their only crime was that they existed, and the only solution, in Hitler’s view, was their annihilation. I can’t imagine being so hated…even in these times of so much hate that we are on today. The people who hid these precious Jews are among the very best people ever to live, and they are owed a debt that can never be repaid. They used their imaginations to create hiding places where none had existed, and then protected their refugees, often with their own lives. It was a dangerous game of hide and seek, and those in hiding would pay for losing with their lives. Losing was simply not an option.