Twenty Months In A Hayloft 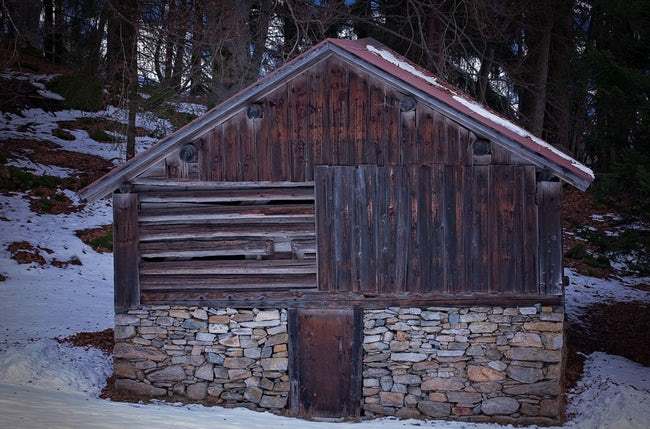 Being Jewish during the Holocaust meant doing whatever it took to survive. For some, that means hiding in walls or changing one’s identity, then so be it. Still, there were other Jews who had no way of doing either of these things, so they had to make due with what they had. The path to freedom and life was a difficult one, no matter what path they chose. There were close calls, starvation, fear, and a lot of quiet. Two families decided that they had no choice, but to take refuge in a hayloft over a pigsty offered by the owner, Francisca Halamajowa, a kindly Polish Catholic woman, and her daughter, Helena, who protected these families.

The Malkin and Kinder families went into hiding in 1942, just before the town’s Jewish ghetto was liquidated, but unfortunately, after 4 year old Fay Malkin’s father and others were killed in an old brick factory nearby. Years later in 2011, Fay Malkin told of the heroic acts of Halamajowa. Fay Malkin almost died shortly before her 5th birthday, while hiding in that hayloft. She told the Holocaust remembrance gathering at UJA-Federation of New York on May 3rd: “Hitler didn’t win, we’re here.” Malkin tells of the 20 months that the family and two other families stayed hidden in order to stay alive…and to protect their protectors, who would have also lost their lives if they were caught.

The families worried that 4-year-old Fay would give them away with her crying. The little girl promised not to cry, but that is really a lot to ask of a little girl. Malkin couldn’t control herself once in the hayloft. After trying many other approaches, the adults finally made the excruciating decision to poison little Fay in order to save the rest. Malkin would have almost certainly been killed, if they were discovered. Malkin said her memory of the incident is faint, but she remembers pushing out the pill put in her mouth. Just before she was put in a bag to be buried, a doctor who was among those hiding felt a slight pulse. She was saved. “I became the miracle child,” she said. Having lived with the story her whole life, Fay smiled when she said that her crying after that was controlled by pillows. The families were saved, not only because of the kindness and courage of their fellow townspeople, but by the miracle of a little child that didn’t die. I realize that the fact that little Fay Malkin lived through the attempted poisoning may not seem like something that saved the families, but in reality, how could they have lived with themselves? Yes, they would have been alive, but they would have been almost as bad as the Nazis who were trying to kill them.

The Malkin family lived in Sokal, then part of Poland…now in Ukraine. Before World War II, there were 6,000 Jews in Sokal. By the end of the war, only about 30 had survived, and half of them were sheltered by Halamajowa. For 20 months, the families stayed in that tiny hayloft…never daring to leave or even make a sound. Halamajowa and her daughter, Helena, risked their lives by feeding them surreptitiously and otherwise helping them, all the while disguising their actions from her neighbors and the occupying German army. In July 1944, the town was liberated by the Soviets. When the Malkin and Kindler families were finally able to come down from the hayloft, they learned that Halamajowa had also been sheltering another Jewish family in a hole dug under her kitchen floor. What these two women did was above and beyond expectation, and very brave.

Of course, most Jews never spoke of the experience. They didn’t want to get anyone in trouble, and their

protectors felt the same way. They didn’t trust the government, even with the war over. Halamajowa died in Russia in 1960…never having revealed her secrets. Nevertheless, in 1986 she was honored at Yad Vashem as a Righteous Gentile…a fitting title. In 2007, Malkin, Maltz, and several others from the hayloft and celler families, returned to Sokal. The trip was part of a film project that led to No. 4 Street of Our Lady. A basis for the film was the diary kept by Fay’s cousin, Moshe Maltz. Malkin said it was important but highly emotional going back to Sokal, especially seeing where her father was killed. Included in the group traveling there were the two granddaughters of Halamajowa, who now live in Connecticut. I’m sure it was very emotional.