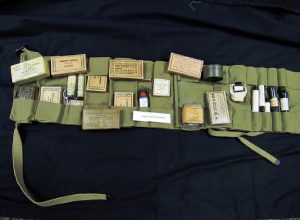 During World War II, if a man was a conscientious objector, things were…difficult. Things like that were not an automatic get out of the war card. Unless they had some necessary skill that would keep them stateside or in an office, they were signed up as a medic. Most of those men thought that was a good place for them, since the would be saving lives and not taking them, but I’m not sure who got it worse. The infantry or the medics. 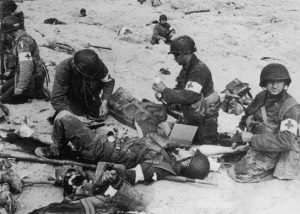 It was not, however, an easy job or the easy way out of combat. The difference between the infantrymen and the medics was that during combat, the infantrymen did their best to stay down, so the weren’t hit. The medics, on the other hand, ran into the fire to treat the wounded, and bring in the dead. It was no easy job.

The medics, like most soldiers coming into the army were young men…boys really. They were often 18 or 19 years old. The infantrymen had plenty of names for them. None of them were nice…or complimentary, but the medics that stayed medics…the ones who ran into the fire to care for a wounded soldier were given new names. They were finally called medic…or more often Doc. And they were respected. They were also called hero, brave, courageous, and other respectful names. The 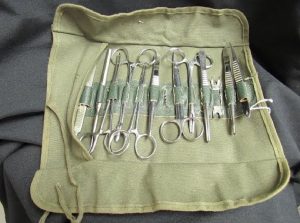 medics were not given the $10.00 per month extra that combat soldiers were given. That made the infantrymen furious. They collected money from each other to provide combat pay for their medics. The men refused to have their medics receive less.

World War II saw eleven medics who received the Medal of Honor…as well as other medals. These men were wounded taking care of the men, and they were even killed saving the lives of the men in their care. These men were heroes, just like their counterparts in the infantry, and there isn’t an infantryman that ever fought, who would disagree.

2 Responses to Cowards Or Heroes