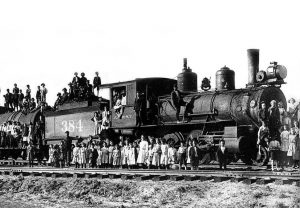 I recently read a book about the orphan trains, which ran between 1854 and 1929. During that time, approximately 250,000 orphaned, abandoned, and homeless children ride the train throughout the United States and Canada, to be placed with families who were looking for a child, or just as often, a worker for their farm. The orphan train movement was necessary, because at the time, it was estimated that 30,000 abandoned children were living in the streets in New York City. I had heard of the orphan trains, mostly from the movie called “Orphan Train,” but much of what really happened with those children was very new to me, and quite shocking.

Today, while my husband, Bob Schulenberg and I were in the Black Hills, we rode the 1880 Train, as we almost always do when we are here. When they mentioned that the train had been 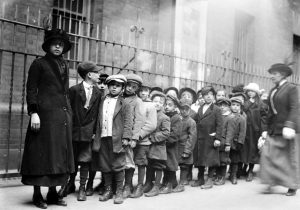 used in the movie “Orphan Train,” a fact that I had heard many times before, the stories from the book I had read came back to mind. My mind instantly meshed to train, the book, and the movie into one event.

The children who traveled on the orphan trains were victims of circumstance, and they had no control over their lives at all. Each one hoped that their new family would be nice. The older ones didn’t have high hopes. The older boys pretty much knew that they would be farm hands. And most of them were right many were made to sleep in the barn, because they were thought to be thieves. If they were thieves, it was because they had to steal to survive. They did whatever it took to survive. 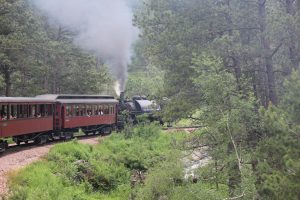 As Bob and I rode the train today, in the eye of my imagination, I could picture what it must have been like to be one of those orphans. The were sitting there watching that big steam engine take them to someplace they didn’t know, and probably didn’t want to go. They didn’t have high hopes for a great future, but then again, the past wasn’t that great either. They were forced to make the best of a bad situation, and the people who were in charge didn’t really care what happened to them. They were just doing their jobs. I have ridden the 1880 Train many times before, but today, it felt a little bit different, somehow. I knew that I wasn’t an orphan riding that train, but I certainly felt empathy for the children who were.

One Response to Orphan Train