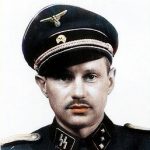 When most people hear the word Nazi, they don’t associate it with anything good. I don’t even think the Nazis of today consider themselves to be an organization for good. Probably the most atrocious part of Nazi Germany was the death camps where the Jewish people were confined, tortured with experimentation, and gassed to their deaths. One such camp, Auschwitz was known for cruelty so egregious that in 1947, after the war was over, a Polish court convened a special tribunal to mete out justice to 40 former Auschwitz personnel.

The German invasion of Poland in September 1939, sparked World War II, and the Germans immediately converted Auschwitz I, a former army barracks, to hold Polish political prisoners. The first prisoners, German criminals brought to the camp as functionaries, arrived in May 1940, and the first gassing of prisoners took place in block 11 of Auschwitz I in September 1941. Auschwitz II–Birkenau went on to become a major site of the Nazis’ “Final Solution” to the Jewish Question…basically Hitler’s hatred of the Jewish people. Transport trains delivered Jews from all over German-occupied Europe to the camp’s gas chambers from early 1942 until late 1944. Of the estimated 1.3 million people sent to Auschwitz, at least 1.1 million died, approximately 90% of them Jews. It is thoughts that

one in six Jews killed in the Holocaust died at Auschwitz. Others deported to Auschwitz included 150,000 non-Jewish Poles, 23,000 Roma, 15,000 Soviet prisoners of war, 400 Jehovah’s Witnesses, tens of thousands of others of diverse nationalities, and an unknown number of gay men. Many of those not killed in the gas chambers died because of starvation, forced labor, infectious diseases, individual executions, and medical experiments.

The appalling conduct of the Nazi staff at Auschwitz is among the worst treatment of prisoners in human history. In fact, the cruelty routinely perpetrated was so horrific that, in 1947, a Polish court convened a special tribunal to finally deal out justice to 40 former Auschwitz personnel. Of the defendants, 21 were condemned and executed, 18 were convicted and given jail sentences, but one man, Dr Hans Munch, was acquitted. That one acquittal might have been considered an outrage to the world, were it not for the testimony of former prisoners. The former prisoners testified that Munch had been kind and humane. The said that he gave them food and extended bogus experiments on female prisoners because he knew they would be gassed once the 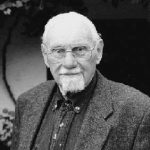 experiments were concluded. Most impressive, Munch refused to participate in the selection process dictating who lived or died at Auschwitz. That in and of itself could have brought about his own death. In the final days of the war, his last official act at a concentration camp was to advise an inmate on how to escape, wish him good luck, and hand the prisoner his service revolver.

Sadly, in later life, Munch was diagnosed with Alzheimer’s Disease, ignited a controversy later in his life with bizarre interviews about his tenure at Auschwitz. He got quite mixed up about what went on there, and in my opinion, it is a good thing that the prisoners stood up for this one good Nazi, who wasn’t really a Nazi after all.

One Response to The Good Nazi