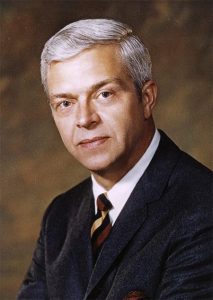 With the arrival of the 50th anniversary of the landing on the moon, on July 20, 2019, many people have been reviewing old footage and books about the event. I came across a book that caught my eye on Audible. The book, The Man Who Knew The Way To The Moon, by Todd Zwillich wasn’t exactly about the moon landing, but rather how it became possible.  The book begins with Russia beating the United States to the punch when they sent a man Yuri Alekseyevich Gagarin, into space on April 12, 1961. As short as the flight was…just 89 minutes…it was still an embarrassment to the United States who felt they should have been first.

In answer to the Soviet space flight, President Kennedy challenged NASA to put a man on the moon before the end of the decade. NASA sort of panicked. Yes, they had been thinking about a moon landing…and some remote point down the road, but they were nowhere near ready to go them by the end of the decade. Nevertheless, they began to explore ideas to make it happen. One of those people who had been considering a way to make the landing possible. By this time, no one doubted the ability to go into space, and to safely return to earth. Landing on the moon was a different story.

The widely accepted method of landing on the moon was to have the original rocket back onto the moon, carrying enough fuel to take off again and return to Earth. A man named John Houbolt thought that was…well, simply impossible. Now, I’m no aeronautical engineer, like Houbolt was, and maybe I have the advantage of 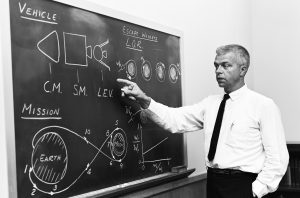 knowing about the past space exploration victories, but when I think about three astronauts backing a 90 foot high, fully fueled rocket onto the moon…all I can say is, “That’s ludicrous!!” People often say that an idea doesn’t take a rocket scientist, and it this case, maybe it shouldn’t be a rocket scientist, but rather an aeronautical engineer.

John Houbolt, kept saying and trying to be heard, that it wouldn’t work, but he had a plan that would…Lunar Orbit Rendezvous or LOR. In Houbolt’s design, a smaller lunar module would land on the moon while the command module waited above. Then the Lunar module would take of and dock with the command module for the trip back to Earth. It is the way we know did work, because we have the advantage of time, but the scientists and engineers at NASA would not listen. One man, Max Faget, an immigrant from British Honduras, who designed the Mercury module, actually stood up at a meeting where Houbolt was presenting his idea, and yelled at the group, saying, “His figures lie! He doesn’t know what he’s talking about!” Houbolt was horribly humiliated, and he never forgot the incident. He didn’t let it stop him either. In the end, as Faget spent many hours trying desperately to make his own figures work, so 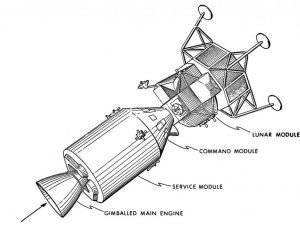 that a rocket could back onto the moon, he finally had to admit defeat. He called John Houbolt, and conceded the lunar landing design to Houbolt’s design, which was, as we all know, completely successful, because after all, his figures did not lie, and he did know what he was talking about. It was a great moment in history, and in Houbolt’s life, except for the fact that no one knew that the successful landing was his design. While the Lunar landing, 50 years ago was an amazing accomplishment, I find it quite sad that it took so many years for the world to know about how one man’s refusal to give up, actually made Lunar landing possible. We owe John Houbolt a great debt of gratitude, and it is more than 50 years overdue. Now that’s ludicrous!!

One Response to That’s Ludicrous