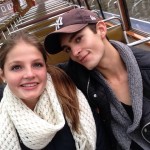 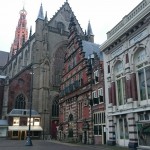 I know that lots of people have been in long distance relationships, but I don’t know of a lot of people, aside from soldiers and their families, who have been in one that is quite as distant as my grand nephew, James Renville, and his girlfriend, Julia Vergnes. James lives here in Casper, Wyoming, and met Julia while she was an exchange student at Kelly Walsh High School. They began dating in January of 2015, and their relationship has continued even though she is back home in Heemstede, North Holland, Netherlands, which is near the capital city of Amsterdam. I can’t imagine how hard it is for them to be so far apart, both of them going to college, trying to concentrate on their studies, and yet missing each other so much. The short visits they have had to each others homes must have seemed way too short a time, but it is what they have. Time will tell where their futures will take them from here. Time and distance can take their toll, or they can solidify a relationship. Time will tell.

I never would have expected James to become a world traveler, but life takes us all in different directions. As he did last year, James will travel to Amsterdam in July to visit Julia. I think that it’s a very cool thing that he gets to make the trip. The Netherlands is a beautiful country, but I don’t know how much James cares about the scenery. Because he has been there with Julia, he has had the opportunity to make a lot of new friends there as well. I’m sure the adventure of traveling is a big draw for James too.

James is such a personable guy, and has a really kind heart. He has always been one person all the little kids 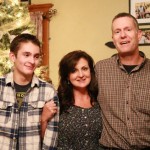 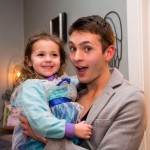 love to hang out with, or just hang on. He is a good older cousin, and he makes them feel important. That is what is important when it comes to little kids. Kids don’t like to always be treated…well, like little kids, and James gets that, so they like him. James hasn’t totally decided what he wants to do with his life yet, so at this point he is taking the reqired courses at college. Whatever he decides to do, I know he will be successful at it…no matter where his dreams take him. Today is James’ birthday. Happy birthday James!! Have a great day!! We love you!!