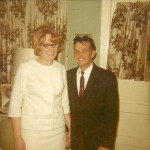 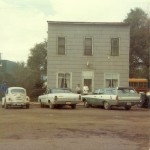 For years, Bob and I and our girls went to visit his aunt and uncle, Linda Knox Cole and Bobby Cole and their children Sheila and Pat, in Kennebec, South Dakota, where they owned and operated a hotel. One thing about visiting relatives who own a hotel, is that you don’t have to worry about where you will be staying. For many years, we really enjoyed going over to visit Linda and Bobby once a year. While we were there, we didn’t do anything special. We visited and played some cards. It was a very laid back, unhurried sort of mini vacation. The girls always liked going over, because they had cousins to play with. We didn’t always have a week or more to go on the trip, so more often than not, the trip would take place on a three day weekend, and would end with the girls having to go to school the next day. That left the trip home for the girls, in a full head of curlers. The good news, is that I hadn’t started curling their hair in socks yet, so I suppose that made it a little better for them. They never acted like they were embarrassed about being in curlers…even when we took pictures in the curlers.

One year, the trips to Kennebec just stopped. The hotel caught fire when a bolt of lightning hit it. While they knew the strike was close, they did not know it had hit the hotel until they smelled the burning wood from the upstairs rooms. The hotel was a total loss…at least the income areas of the hotel. The last time I saw the hotel, it was a charred shell of what it had once been. It was a sad time for everyone, because it was the beginning of change…a change that would end the yearly trips to Kennebec. After weighing the options, Linda and Bobby decided to move to Winnemucca, Nevada. While my in-laws tried to see Linda and Bobby during their snowbird days, with the onset of Alzheimer’s Disease in my mother-in-law, and the advancement of COPD in my father-in-law, their snowbird days came to an abrupt end too. After that, Bob and I saw Linda and Bobby a couple more times, and now, sadly it has been probably five to ten years since we saw them last.

During the years when we were busy taking care of my in-laws, Bobby had a heart attack. He survived and tried to make some healthy changes in his lifestyle. The one bad habit he could not give up, was his smoking, and in the end, it would be his smoking that would bring on his death. A couple of years ago, Bobby was diagnosed with Esophageal Cancer. They tried their best to fight the cancer, and hoped for a longer life for Bobby, but that was not to be. 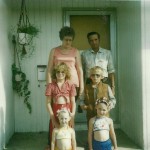 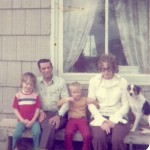 Bobby passed away on May 31, 2014. So much has changed over the years. Time and distance have kept family members apart, because of mounting health issues. I wish Linda had been able to see her sister, my mother-in-law, Joann, before the time came when she could not remember who she was. And I wish they had not had to go through Bobby’s last years alone too. Rest in peace Bobby. We love you and we will miss you.