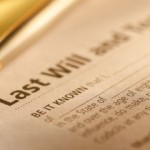 4 Responses to The Honorable Thing