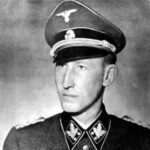 Anytime a government is going to pull off a big change, there must be meetings…planning meetings, if you will. The Third Reich, under Adolf Hitler had long wanted to literally remove the Jewish people from the face of the earth. They began making plans for what they called “The Final Solution to the Jewish Question” and later called the Wannsee Conference to ensure the co-operation of administrative leaders of various government departments in its implementation.

The Wannsee Conference was called by the director of the Reich Security Main Office SS-Obergruppenführer Reinhard Heydrich and included senior government officials of Nazi Germany and Schutzstaffel (SS) leaders. The conference was held in the Berlin suburb of Wannsee on January 20, 1942. The plan of the “Final Solution” was to deport most of the Jews of German-occupied Europe to occupied Poland, where they would be murdered. Hitler was obsessed with what he considered purifying the world. He wanted to build an Aryan race, which is “white non-Jewish people, especially those of northern European origin or descent typically having blond hair and blue eyes and regarded as a supposedly superior racial group.”

In the course of the meeting, Heydrich outlined how European Jews would be rounded up and sent to extermination camps in the General Government (the occupied part of Poland), where they would be killed. Of course, the meetings were merely a formality. The decisions had been made and they were not asking for the support of the attendees, but rather they were simply telling them what they would be doing…if they wanted to live, that is.

Hitler began his discrimination against Jews began immediately after the Nazi seizure of power on January 30, 1933. At first, he employed violence and economic pressure to encourage Jews to voluntarily leave the country. Sadly, the Jews thought that with compliance, they would be ok, but Hitler was determined to remove them from Germany…one way or the other. Then, after the invasion of Poland in September 1939, Hitler stepped up his plan for the extermination of European Jewry and began the killings.

The killings continued and accelerated after the invasion of the Soviet Union in June 1941. On July 31, 1941, Hermann Göring gave written authorization to Heydrich to “prepare and submit a plan for a ‘total solution of the Jewish question’ in territories under German control and to coordinate the participation of all involved government organizations.” At the Wannsee Conference, Heydrich emphasized that “once the deportation 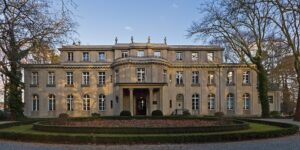 process was complete, the fate of the deportees would become an internal matter under the purview of the SS. A secondary goal was to arrive at a definition of who was Jewish.” Basically, this meant that the Jewish deportees would simply “disappear” into thin air and never be heard from again. Just one copy of the “Protocol” with circulated minutes of the meeting survived the war. It was found by Robert Kempner in March 1947 among files that had been seized from the German Foreign Office. That copy was used as evidence in the subsequent Nuremberg trials. Like many other Holocaust sites, The Wannsee House is now a Holocaust memorial.