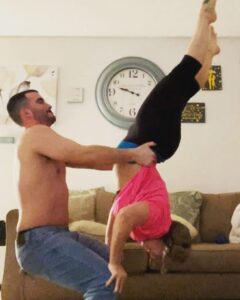 When Chris Kirk married my grandniece, Siara, he became my grandnephew. One of the things that Chris and Siara have in common is a love of exercise. They both work very hard at their fitness goals, and they love to work out together. I am amazed at how strong they both are. In fact, when they began dating, some of the first pictures we saw of the two of them working out together. I was amazed at the abilities of both of them. Chris works hard at the gym too, and he is always trying for personal bests and trying to be in power lifting contests.

Chris is a hardworking man, who has moved up faster than anyone else who was hired at WL Plastics when he was. It is Chris’ goal to become a line operator, and he is moving quickly

toward that goal. His work ethic is great, and as we all know, lots of people these days want a paycheck, but don’t really want to work. That idea couldn’t be further from Chris’ mind. When he takes on a job, Chris gives it his all. He is loyal to the people he works for, and they appreciate that. I’m sure that is why he is moving up so quickly. He will make a great line operator very soon.

When Siara lost her son, Alec Olsen, she was devastated, and after her first marriage broke up, she wasn’t sure she would ever get to be a mom again. Then Chris came along, and while they are not pregnant yet, Chris has wanted a family since he was 12 years old, so their goal to have a family is a common one for 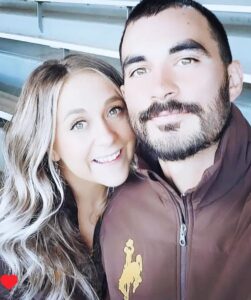 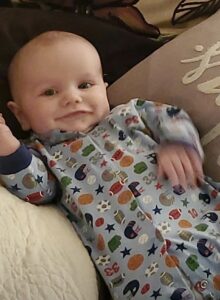 them. In an unusual twist, Chris and Alec share a birthday. That is something that Siara finds very sweet. Her two loves, her husband and her son share a common bond even though they have never met…yet anyway. They will in Heaven, and I think they will love each other very much. Since today is both of Siara’s boys’ birthdays, they have decided to spend the weekend in Denver as a little celebration of the lives of both of them. I can’t wait for Chris and Siara to start a family. Chris is such a loving man, and he has been such a great blessing to Siara. I know he will be a great dad, when that day comes…just as he has been a great husband to Siara. Today is Chris’ birthday. Happy birthday Chris!! Have a great day!! We love you!!