He Was A Keeper 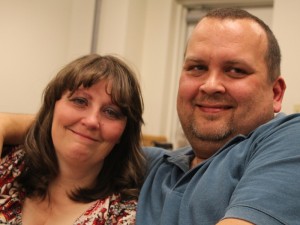 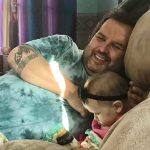 It’s been a busy year for my son-in-law, Kevin Petersen. He has spent the majority of the summer working on his car. Kevin loves to restore old cars, and he is really good at it. In fact, Kevin has been restoring cars for as long as I have known him, which is 32 years now. Kevin was a young man of 19 years back then; and my daughter, Corrie Petersen, at just 15 years old, knew that he was a keeper. Now they have been married 29 years, so she was right.

His latest project car is a 1966 Mercury Comet Cyclone GT. While the body was in pretty good shape when he got it, the paint was…rough. I’m sure the engine needed work too, but mainly the body needed a refresh. Kevin has been working hard all summer to restore the beauty to this beauty, and I would say that the results are spectacular. Kevin particularly likes striping, and not just simple stripes. He likes to really add flare to the cars he restores, and Kevin knows how to add that flare. A while back, he rented a shop, so that he could do his projects year-round. It’s been a good investment, because it’s impossible to paint outside and hard to do striping outside. The shop has been a great blessing to him, and something he has enjoyed very much. 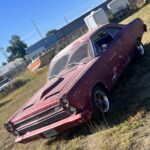 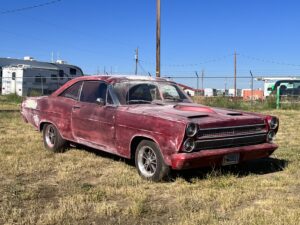 Kevin and Corrie have had a big summer in other ways too. Their son, Chris got married to his long-time girlfriend, Karen on July 23rd. It was a beautiful wedding, and now Chris and Karen’s little girl, Cambree is going to start pre-school on September 12th. They also have a son named Caysen, and Kevin and Corrie love to go visit their little family. Having grandchildren is the blessing that comes from having children. In fact, Kevin and Corrie are expecting another grandson, Justin toward the end of this month. Their other son, Josh and his fiancée, Athena are getting excited to be parents too. They are coming down to the wire on this pregnancy, and they could be parents any time now.

Kevin and Corrie are also “fur parents” to two dogs and a cat. Dottie, their Scottish Terrier; Bellarina, their Dachshund; and Zoe, their cat. The “fur babies” keep them busy and entertained at the same time. They would

love to go everywhere with Kevin and Corrie, but that really doesn’t work so well, and of course, Zoe has no desire to go anywhere. I think she worries that she might be going to the vet, and…well, “no thank you!!” They love their “fur babies” and wouldn’t trade any of them for anything. Life is good for Kevin and Corrie, and they are very happy with all parts of it. Today is Kevin’s birthday. Happy birthday Kevin!! Have a great day!! We love you!!