The Word Is Pre-Teen!! 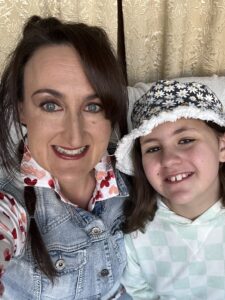 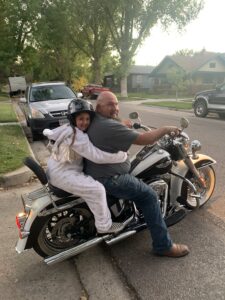 It happens with every child, some sooner, some later. Either way, our babies grow up and it always happens much sooner than we want it to. It’s especially hard for parents, when it’s the youngest child. That is the position my niece Jenny Spethman and her husband, Steve find themselves in when it comes to their youngest child, Aleesia Spethman. It’s not that Aleesia is all grown up or anything, but she isn’t their little girl anymore either. Now Aleesia calls herself a “pre-teen” and insists that everyone else does too.

This year, she decided to get rid of all of her little girl stuff. She got rid of the pink room and painted it a beautiful turquoise. She’s got her own style and doesn’t want her mom fixing her hair like a little girl. Aleesia is a sweet girl, the family princess, with three big brothers watching out for her all the time. She doesn’t resist their watchful eyes, but rather loves having three big brothers. 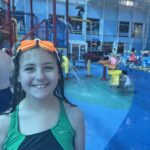 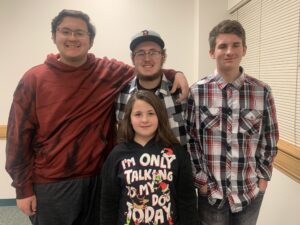 The family just got back from a trip to Rapid City to have some fun at the water park. Aleesia and her brothers, Xander, Zack, and Isaac, as well as Xanders girlfriend Alli Simpson are like fish. They all love to go swimming and play at the water park, as do Aleesia’s parents. A great time was had by all, and with school right around the corner, it was a nice final summer break. In fact, Aleesia has had a really great summer She’s been hanging out with her friends, and occasionally her grandma, my sister, Cheryl Masterson, but maybe not quite as much as she did when she was little. That’s a bittersweet thing to my sister, because Aleesia is her youngest grandchild, and she is growing up 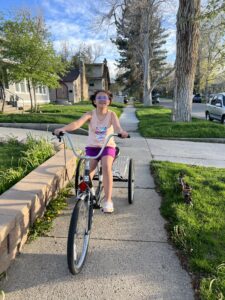 Aleesia is going into 5th grade, which means that this is her final year of elementary school. This year she gets to be the big kid on campus, and the next year, she’s the little one again. Still, she’s not really little anymore. When Aleesia was a baby, her mom bought a trike with a basket, so she could ride with the family, and Aleesia could ride in the basket. Jenny still has it, but now, Aleesia took it over. I guess she can carry her own stuff in it now. She may not really have a need to carry anything in it, but she likes it, so that’s all that matters. Today is Aleesia’s 10th birthday. Happy birthday Aleesia!! Have a great day!! We love you!!

One Response to The Word Is Pre-Teen!!