How Could They Know 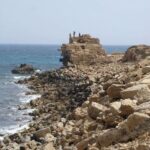 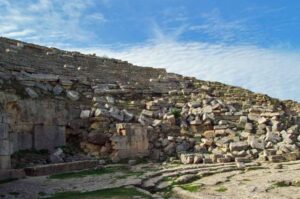 These days, we have early warning alarms for tornadoes, floods, hurricanes, and even tsunamis, but on July 21, 365, no such warnings existed, not did any kind of measuring tools so we could know the magnitude of the earthquake that caused tsunamis, or the height of the tsunami itself. Nevertheless, it is known that a powerful earthquake off the coast of Greece caused a tsunami that devastated the city of Alexandria, Egypt.

In spite of the lack of measuring tools at the time, scientists can now estimate that the earthquake was actually two quakes in quick succession. It is estimated that the largest of those quakes was about a magnitude of 8.0. That magnitude of quake is massive by any standards, and it must have been very scary for anyone who might have felt it. It’s hard to say how many people actually felt it, because of its oceanic location, but even if no one felt the quake, they very much felt the aftereffects of that quake. The really tragic thing was that they had no idea what was coming their way, how very dangerous it was, or even that they should run when they saw it coming. I’m sure that they had seen tides come in and go out, and even storms bringing big wave onto the shore. So, it is very possible that they thought this was not that different than those things, except for it not being time for the tide and there was no storm. They likely just stood there looking at this strange phenomenon, until it took them all out.

The quake was centered near a plate boundary called the Hellenic Arc. Following the quake, a wall of water ran across the Mediterranean Sea toward the Egyptian coast. As happens in tsunamis, the water first recedes, and then comes crashing back. As the water in the harbor receded, ships docked at Alexandria suddenly overturned. As often happens in a disaster, it was reported that many people rushed out to loot the overturned ships. That put even more people in harm’s way. The tsunami wave then rushed in and carried the ships over the sea walls, landing many on top of buildings. The people were trapped, and in Alexandria alone, on that one day, approximately 5,000 people lost their lives, and 50,000 homes were destroyed.

The destruction was even greater in the surrounding villages and towns. Many of these small villages were literally wiped of the face of the earth. Outside of Alexandria, 45,000 people were killed. The salty sea water, inundation the farmlands, rendering them useless for years. From what scientists are able to piece together, the area’s shoreline was permanently changed by the disaster. The tsunami continued on, slowly, but steadily 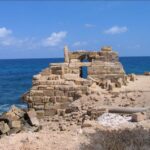 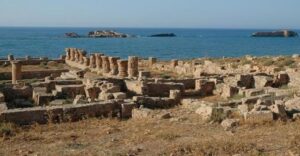 overtaking the buildings of Alexandria’s Royal Quarter. The main reason that the archaeologists learned about this horrific event was that in 1995 that archaeologists actually discovered the ruins of the old city, which lies off the coast of present-day Alexandria. With the changed shoreline following the tsunami, many of the old buildings remained under water for centuries.