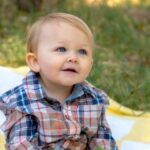 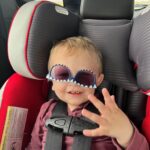 My great grandnephew, Max Herr is such a sweet little boy. I ran into him and his mommy, Katy Herr at Walmart the other day. He was a little shy, because he was meeting me for the first time, even though I have known him since birth. Nevertheless, he was talking to his mommy and saying “Clues…clues.” Well, I didn’t understand what he was saying, so I looked to Katy quizzically. Then it became clear when she told me that Max’s very favorite show is “Blue’s Clues.” It all became clear then. While two-year-old, Max couldn’t quite say “Blue’s Clues” yet, he knew exactly what he was talking about and what he wanted…his new “Blue’s Clues” placemat that was waiting for him in the shopping cart…cute!! 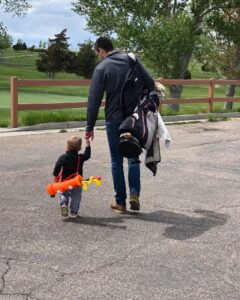 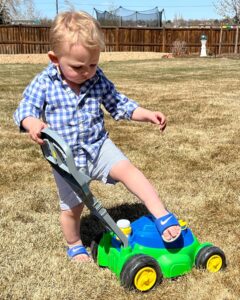 most important thing in the world. Recently, Max has taken up golfing, because his daddy likes to golf. Max now has his own set of golf clubs, because he needs to learn the game, if he is going to play the game with his daddy. Golfing was never my game. In fact, the whole idea is beyond what I can see as a game of fun. Still, there are many people who love to golf, and fully understand the point of the game. My thought is that if you are going to play the game and teach it to your children, you should start young. They will learn it easily, and you can have a game to enjoy together.

Max loves to help with things. I don’t know how much help he is in the house, especially when it comes to picking up his toys, but he wants to help his daddy with the yard work, as well as any other work his daddy is doing. Max has a toy lawn mower, and he enjoys getting out there and taking care of the lawn, because after watching his daddy, he can see that the law and yard are very important. If his daddy works out there, it is a

given that Max needs to as well. I just love the way little boys mimic their dads. Just like little girls learn nurturing from their moms, boys learn the work ethic from their dads. It isn’t that moms don’t work and dads don’t nurture, it’s just that maybe girls think like their moms to a large degree and boys think like their dads to a large degree. Max is learning so much from both of his parents, and he is turning into a wonderful little boy. Today is Max’s 2nd birthday. Happy birthday Max!! Have a great day!! We love you!!

One Response to Blue’s Clues Boy