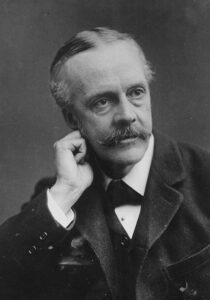 For a number of years Israel had no place to call home. That sounds like a strange thing, but for the nation of Israel, it was not a new thing. Biblical history tells us of a number of times that Israel’s God-given land was taken from them for a time, and they were taken into captivity. Even after the captivity the Jewish people were displaced from their promised land. They were also persecuted and subject to racial discrimination.

That began to change when on November 2, 1917, Foreign Secretary Arthur James Balfour wrote an important letter to Britain’s most illustrious Jewish citizen, Baron Lionel Walter Rothschild, expressing the British government’s support for a Jewish homeland in Palestine. I can only imagine how the Baron felt. This was like having someone offer you the moon. It was something the Jew never thought they would see again. Many didn’t think they would live long enough to see it. The letter would eventually become known as the Balfour Declaration, and it was the start of something good. 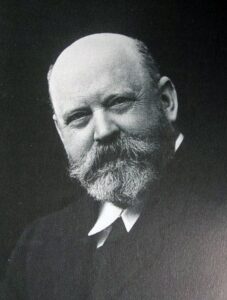 Because of concerns over the direction World War I was going, the British were very supportive of the Zionist movement. Lloyd George among others, held a genuine belief in the righteousness of Zionism, but Britain’s leaders also hoped that a statement supporting Zionism would help gain Jewish support for the Allies. On November 2, Balfour sent his letter to Baron Rothschild, who was a prominent Zionist and a friend of Chaim Weizmann, stating that: “His Majesty’s Government view with favor the establishment in Palestine of a national home for the Jewish people.”

The influence of the Balfour Declaration on the course of post-war events was immediate: According to the “mandate” system created by the Versailles Treaty of 1919, Britain was entrusted with the administration of Palestine, with the understanding that it would work on behalf of both its Jewish and Arab inhabitants. In 1948, the Balfour Declaration was scheduled to expire and Great Britain would no longer rule Palestine. The future of the Jewish people was at stake. The question over what to do with the 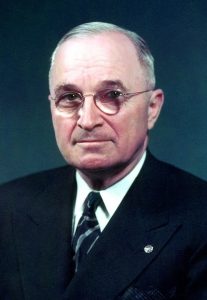 turbulent country was turned over to the United Nations. They, at the insistence of President Harry Truman, eventually decided to create the new country of Israel, specifically as a promised homeland for Jewish people. The new country was to be located across the various holy locations in which many events of the Old Testament occurred. The Jewish people were back in the promised land.

That was when United States President Harry Truman became the first world leader to officially recognize Israel as a legitimate Jewish state. On May 14, 1948, only eleven minutes after its creation the decree was delivered. His decision came after much discussion and advice from the White House staff, all of whom had differing viewpoints. Some advisors felt that creating a Jewish state was the only proper response to the Holocaust and would benefit American interests. Others took the opposite view, concerned about that the creation of a Jewish state would create more conflict in an already tumultuous region. No matter what happens, it was the right thing to do.