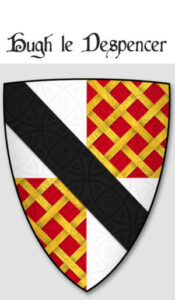 For many years, I thought my Spencer line came from England, but some things didn’t quite add up. When I started seeing DeSpencer and Le DeSpencer, I suspected that we might have immigrated to England from France, which my DNA proved to be correct. I’m more French than English. Nevertheless, for centuries, my Spencer ancestors did live in England, married English people, and so the line blended into more English blood in the current Spencers.

One Hugh le DeSpencer, who was the 1st Baron le DeSpencer, whose connection to me, while most assuredly there, would have to be researched to determine the level of cousinship, or whatever other relationship it is; was an important ally of Simon de Montfort during the reign of Henry III. He served briefly as Justiciar of England in 1260. In the “Middle Ages in England and Scotland the Chief Justiciar was roughly equivalent to a modern Prime Minister of the United Kingdom as the monarch’s chief minister.” Baron le DeSpencer also served as Constable of the Tower of London. “The Constable of the Tower is the most senior appointment at the Tower of London. In the 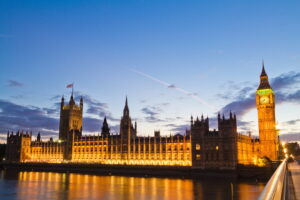 As chief justiciar of England, Hugh Le DeSpencer, first played an important part in 1258, when he was prominent on the baronial side in the Mad Parliament of Oxford, so called because they apparently argued a lot… and because of a possible misspelling of the word insigne as insane in whatever this says…”Hoc anno fuit illud insane parliamentum apud Oxoniam.” In 1260 the barons chose Le DeSpencer to succeed Hugh Bigod as Justiciar, and in 1263 the king was further compelled to put the Tower of London in his hands. He was the son 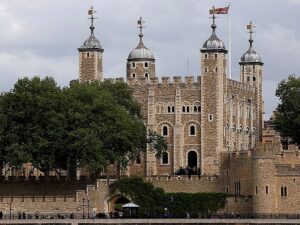 of Hugh le DeSpencer I, born in about 1223 and was summoned to Parliament by Simon de Montfort. Hugh was summoned as Lord DeSpencer on December 14, 1264 and was Chief Justiciar of England and a leader of the baronial party, and so might be deemed a baron, although that may not have been completely legal.

He remained allied with Montfort to the end, and was present at the Battle of Lewes. He was killed fighting on de Montfort’s side at the Battle of Evesham in August 4, 1265. He was slain by Roger Mortimer, 1st Baron Wigmore. That killing caused a feud to begin between the DeSpencer and the Mortimer families.