Getting To Know Grandpa Spencer 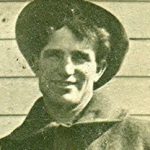 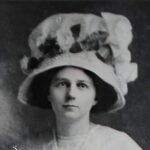 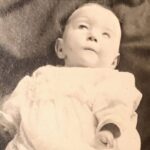 My grandfather, Allen Luther Spencer, was a man who lived a hard life. Early in his first marriage, he and his wife, Edna Stanton Spencer, lost their daughter, Dorothy Spencer, who was my half-great aunt. She was just over 5 months old. It was a devastating loss for them, and the beginning of the end of their marriage. They were either pregnant then or got pregnant shortly after Dorothy’s passing, because my half-uncle, Norman Spencer was born just 9 months after Dorothy’s passing. Unfortunately, that was not enough to hold the marriage together, and the couple divorced a short time later. My grandfather married my grandmother, Anna Schumacher Spencer, and they had four wonderful children together, which is, of course, why I exist. My dad was Allen Lewis Spencer, one of those four children. I have always felt sad at what my grandfather went through in his life.

Grandpa struggled with some things in his life, but his children loved him. He was a stern parent, but that was truly a part of the times. Many stern parents came out of that era, and while some of the children didn’t like it, they turned out to be great adults, and I suppose that they would have to say that in part their dad had something to do with that. Their mom, my grandma, was a much more gentle person, but make no mistake, she could be stern too if the situation warranted it. Grandma was a gentle person, but she was also a very strong person…physically and emotionally. She ran the family farm while grandpa was away working on the Great Northern Railway as a carpenter, and she did an excellent job.

I never really knew either of these grandparents, because my grandfather passed away October 19, 1951, about a year and a half before my parents were married, and 4½ years before I was born. My grandmother passed away 6 months after I was born. I will have to get to know them when I go to Heaven, but when I look at their pictures, I see people who lived during hard years in our nation’s history, and came through it successfully to raise the wonderful children I now call my dad, aunts and uncles. Sadly, they too have all gone to Heaven now. I can imagine the happy times they are all having up there…no more sadness, loss, or tears.

They can spend time together, getting to know their half-sister too, and there is no distance to cross. Today is the 142nd anniversary of my grandfather’s birth. How could it possibly be that many. Nevertheless, it is, and I know the party is on up there. Happy birthday in Heaven, Grandpa Spencer. We all love you very much, and can’t wait to meet you in Heaven one day.

One Response to Getting To Know Grandpa Spencer