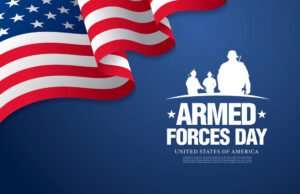 Originally, in the United States, each branch of the service had their own day to celebrate their service, but on August 31, 1949, Defense Secretary Louis Johnson announced the creation of an Armed Forces Day to replace separate Army, Navy, Air Force, Marine Corps, and Coast Guard Days. There was a good reason for it. The combination coincided with the unification of the three branches of the service under one agency…the Department of Defense. Man countries have an Armed Forces Day, and they are all done a little differently. In the United States, Armed Forces Day is celebrated on the third Saturday in May, which is near the end of Armed Forces Week, which begins on the second Saturday of May and ends on the third Sunday of May, or the fourth Saturday if the month begins on a Sunday, such as in 2016. Following the creation of Armed Forces Day in 1949, the holiday was first observed on May 20, 1950. 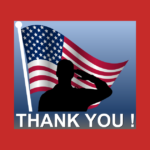 team of its progress, under the National Security Act, toward the goal of readiness for any eventuality. It is the first parade of preparedness by the unified forces of our land, sea, and air defense.” Of course, there is more to planning a holiday that a day and a speech. The first Armed Forces Day was celebrated by parades, open houses, receptions, and air shows. The longest continuously running Armed Forces Day Parade in the United States is held in Bremerton, Washington.

There were a few glitches, however. The unique training schedules of the National Guard and Reserve units make the specific Saturday celebration difficult for these branches, so they have adapted to celebrate Armed Forces Day/Week over any period in the month of May. Every nation needs to celebrate the military forces. Where would we be without a strong military. As President Truman said, “It is vital to the security of the nation and to the establishment of a desirable peace.”

Each year, Armed Forces Day theme is different, because of course, each year more and more has changed. The very first theme was “Teamed for Defense.” Over the years, other themes have included Appreciation of a Nation; Arsenal of Freedom and Democracy; Dedication and Devotion; Deter if Possible, Fight if Necessary; 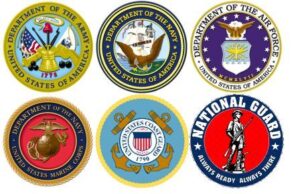 Freedom; Freedom Through Unity; Guardians of Peace; Lasting Peace; Liberty; and Patriotism. In Washington DC, 10,000 troops of all branches of the military, cadets, and veterans marched past the president and his party. In New York City, an estimated 33,000 participants initiated Armed Forces Day “under an air cover of 250 military planes of all types.” Today, Armed Forces Day is celebrated in American communities and on military bases throughout the world with parades, picnics, shopping discounts, festivals, and parties. On May 19, 2017, President Donald Trump reaffirmed the Armed Forces Day holiday, marking the 70th anniversary since the creation of the Department of Defense.