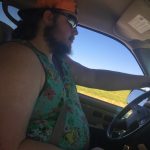 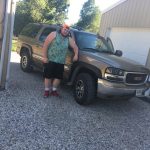 Like most kids, after they graduate from high school, my grandnephew, Weston Moore’s mind turned to getting a place of his own. So he found some friends and they got a place in May of 2020. Of course, we all know that 2020 brought with it some hardships in the area of working and spending time with family. While Weston was able to keep working, it just seemed prudent to move back home where he could spend more time with his parents, Machelle and Steve Moore, and his brother, Easton. I think everyone would agree that it was a good idea, especially his family, who all missed him very much. Not to mention the fact that at that time, none of us knew how bad Covid would or would not get, so Machelle ad Steve felt much better having their kids both at home.

Weston had been driving a little car, but during the time he was living on his own, he managed to save enough money to get himself a better vehicle. He knew he wanted an SUV, and had considered a Suburban, but in the end, he purchased a Yukon, which he is very happy with. He found it right there in Powell, and so didn’t have to travel to get it. Now that he has found his dream ride, Weston has begun to get it “tricked out” with a few new 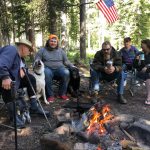 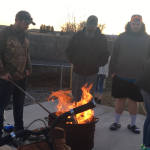 items to make it special. He added LED light strips, subwoofer, amp, stereo, and has a light bar that still needs to be installed. He also put on new brakes and rotors on the back, new tie rods on the front. Even though he has a sound system that could blow out the windows, Weston is very courteous about where he is at and what time it is, so that he doesn’t disturb people. Even his own mom has only heard it a few times. Weston has a big heart and will do anything for anyone!! When his grandma needed a ride to Cody the other day, and his grandpa, who recently had surgery, wasn’t ready for such a trip, Weston volunteered to take her. Of course, on the plus side, he got to drive the new car for a longer distance than just around town. Everybody likes an occasional road trip.

These days, with Covid heading downhill, Weston has started to think about moving out on his own again. He has a couple friends that have recently moved to Montana, and so he is thinking of moving there too. He has begun the job hunting part as well, because he doesn’t want to just move and have no plan. Of course, for his 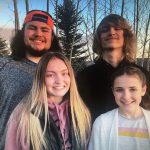 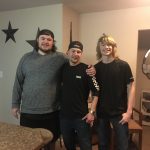 family, this will bring about the whole “missing him” thing again, but Montana isn’t too awfully far away, and they can make some weekend trips to see him. This will be a great new adventure for Weston, and something he will never forget. He might as well take the leap while he is young, knowing that he can always move back to Powell later on if he doesn’t like Montana. And it isn’t so far that he can’t road trip home. I know he will miss his family and cousins, but it will all be a great learning experience too. Today is Weston’s 21st birthday. Happy birthday Weston!! Have a great day!! We love you!!