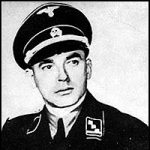 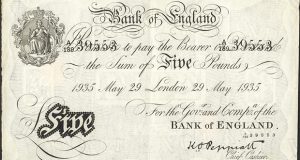 When we think of the weapons of warfare, we think of guns, planes, tanks, and such, but there are weapons of warfare that while seemingly far less lethal, are still deadly…in other ways. Economic warfare is something I would never have considered, even though it makes perfect sense. The Germans in World War II thought of every possible weapon, or very close to it. If a nation has no money to bankroll a war, they are very likely going to lose. That was the position that Germany wanted to put Great Britain in during World War II. They decided on an age-old plan…if you’re a criminal that is. Counterfeiting money to tank the economy.

The year was 1942 and for the purpose of artificially causing inflation of the British pound, leading to the economic collapse of the competition, while simultaneously funding some of their own projects, the production of the British “White Notes” was about to start. It would not start in Britain, however. These “White Notes” would be made behind the gates of Sachsenhausen concentration camp. The Germans decided to begin counterfeiting British banknotes. These tactics were considered particularly wrong by the German soldiers themselves, basically sneaky and unprofessional. However, soon after World War II, it became common practice for different countries to counterfeit the currency of their opposition in times of war. Evil knows no bounds.

The first attempt at counterfeiting, known as Operation Andrew, failed because of disagreements between top brass inside of the Nazi Party. Friederich Walter Bernhard Krueger was placed in charge of Germany’s second attempt at counterfeiting British notes. The second operation’s codename was Bernhard because that is what Krueger was called. In preparation for the production, Bernhard assembled a team of about 140 men/prisoners. Some historians have suggested that it was as many as 300. These men were told they would receive better treatment and special perks like radio, newspapers, warm barracks, if they participated in the operation. The men had nothing to lose. All they had to do was counterfeit 400,000 British banknotes a month.

After a year of hard work, and the prisoners finally successfully counterfeited the British White Note. By 1945, conservative estimates figure 70,000,000 notes were printed by the inmates. It was a cache worth upwards of £100,000,000. In order to complete this herculean task, the team of counterfeiters studied vast quantities of authentic White Notes. They broke this massive task up into seven smaller tasks, each one seemingly more difficult than the last. “These tasks included: Discovering secret security marks, Engraving the vignette, Perfecting the paper, Creating identical ink, Solving the serial numbering system, Re-creating the signatures, dates and places of origin, and Printing the notes. The men found no fewer than 150 different security marks hidden on the White Notes. There were intentional minor defects and flaws that the Bank of England incorporated as anti-counterfeiting devices. To make things even harder, these security devices were different for each denomination. Nonetheless, in short order, the counterfeit team produced a plate for each denomination: £5, £10 £20 and £50.” The plan was coming together and soon they were ready to execute it.

The plan was to fly over and drop the counterfeit money from the planes. Once it was laundered and in the hands of the people, they could spend it and because there was no real backing for the money, the economy would tank. The operation went on for a time, but with the late February and early March 1945 advance of the Allied armies, all production of notes at Sachsenhausen ceased. The equipment and supplies were packed and transported, with the prisoners, to the Mauthausen-Gusen concentration camp in Austria, arriving on 12 March. 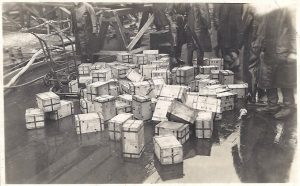 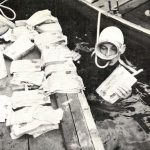 They had to hide the evidence. They didn’t give up on the process, however. Shortly afterwards Krüger arranged a transfer of the equipment to the Redl-Zipf series of tunnels so production could be restarted. The order to resume production was soon rescinded, however, and the prisoners were ordered to destroy the cases of money they had with them. The equipment and any money not burned was loaded onto trucks and sunk in the Toplitz and Grundlsee lakes.