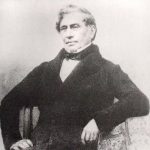 In the 1800s, women in medicine were nurses, and not well trained. They were often taught by a doctor, on the job. It was mostly because he needed help in his medical office. It was somehow decided that women just didn’t have the capability to be doctors, and the idea of a woman performing surgery was just beyond anyone’s comprehension. Be that as it may, women would soon become intent on finding a way to succeed in medicine with or without the help of men. Like it or not, the world was going to change, and women were going to spearhead some of that change.

In 1865, a decorated surgeon named James Barry passed away from dysentery. That was not an unusual event in those days. Medical experts had not figured out exactly what to do for dysentery. Barry’s death was a sad thing for all those whose lives he had saved with his surgical skills. As often happened in those days, the family or the help was charged with preparing the body of the deceased for burial. When a housemaid began preparing Barry’s body for interment, she discovered a shocking secret. As it turned out, Dr Barry was not a man at all, she was a woman. Barry was born Margaret Ann Bulkley was born in Cork, Ireland, around 1789. The daughter of a grocer, Margaret grew up frustrated by the limits placed on her because of her gender. At just 18 years old, Margaret yelled at her brother, “Were I not a girl, I would be a soldier!” Of course, the idea of a woman, intelligent enough or not, going to medical school was forbidden. So, Margaret Bulkley, determined to become a surgeon, became James Barry. Even after graduating from medical school, she knew that she would have to continue the persona if she was going to have any patients.

In 1809, when Barry arrived at Edinburgh Medical School, one of the top medical schools in Europe, he wore a long overcoat and 3-inch shoe inserts. Fellow classmates remember Barry speaking in a high-pitched voice. Barry never took off his overcoat, even in summer, and stared down anyone who questioned his story. After graduation, he just continued the charade. For nearly 50 years, Dr. James Barry, disguised as a man, worked hard and became one of the top surgeons in the 19th century, but how did she manage to carry of such a deception for so many years? Someone must have known the truth. It’s hard to say if her desire to be a surgeon was just so strong that she would successfully carry out her plan, forsaking things like marriage and children, in favor of medicine, I’m sure that after a while, it just became easier to live as a man. The people of that era, obsessed with scandal speculated about Barry’s true identity and why the surgeon lied for decades. I’m sure all of the ladies had a great time with their afternoon tea parties. 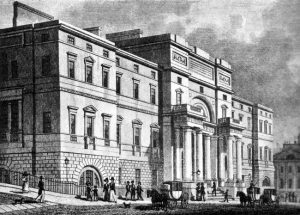 When Dr. James Barry’s housemaid, Sophia Bishop discovered that Barry was biologically female, her screams could be heard all over the house. The undertakers were brought in and they quickly confirmed Barry’s secret. Like a flood, the news spread across the British Empire. Barry’s secret life raised a number of questions, starting with, how a nearly 5 foot tall woman was able to pass as a man for decades. Bulkley/Barry fooled everyone…for 50 long years. She was a surgeon ahead of her time. It’s just too bad that she couldn’t tell everyone that she, a woman, was a great surgeon too.