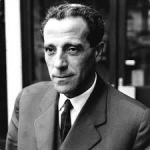 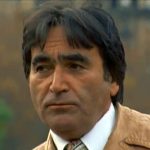 As Hitler’s vicious plan to wipe out the Jewish people started to come together, many Jewish people found their lives ripped away from them, and then, found themselves in the ghettos…if they were lucky, or the “work” camps…if they weren’t. Eventually the plan was to move all the Jews to the camps, or to transport them into the woods and shoot them. Once people were moved into the camp, there was pretty much one way out of there…death. The people dreamed of escaping the camps, but it was futile…until April 10, 1944.

Rudolf Vrba and Alfred Wetzler came from the same hometown of Trnava in Slovakia. Being from the same town, they knew they could trust each other. The two men were determined to escape from Auschwitz so they could somehow let the rest of the world know what was going on there. Every day, they probed Auschwitz for weaknesses. While they searched, they were formulating escape plans. Day after day they rejected plans that they knew would only get them killed, and spoil their chances of completing their mission to save their people. Finally, one day, Fred Wetzler approached Rudi Vrba with a plan that seemed plausible. For the first time, they felt like they had a chance to succeed.

Fred told Rudolf about a pile of wooden planks stacked outside the camp perimeter waiting to be used for construction of a new facility. Fred said he knew of four prisoners planning to hide in a cavity in the middle of the wood pile. The plan was to wait for the SS guards to conclude a mandatory three-day search, and then make their escape and head south toward Slovakia. It was risky, but a few days later the plan went off without a hitch…at least the escape did. The initial strategy planned by the four prisoners, of hiding in the wood planks had worked, and they got away, but a few days later the four prisoners were caught in the village south of the camp. Rudi and Fred were worried that the four prisoners would reveal the method of their escape to the SS, but to their credit, they kept silent.

The secret of the cavity in the stack of planks stayed a secret, and a couple of weeks later, Fred and Rudi decided to attempt the same escape plan themselves. Their escape was far more successful than the escape of the first four prisoners. Once they were out of Auschwitz, Fred and Rudi had roughly 80 miles of Nazi occupied Poland ahead of them before the reached Slovakia. Their journey wasn’t a straightforward trip. They got lost and wandered around a village called Bielsko. It took them all night to find their way out and then in broad daylight, they had no choice to ask for help. They knocked on the door of a house and a woman, knowing that they were on the run, let them in and fed them. Then later that night, she gave them money, and told them how to escape through the mountains.

Of course, their journey was not without it troubles. At one point, they crossed paths with a German patrol. A gun shot sent them scrambling for cover. They heard dogs howling, and as they were running they came upon a stream. It would save them in the end. The water hid their scent, and while the water was freezing, they crossed the stream, and escaped. More strangers helped them along their journey, and against all odds, the two men made it to the Polish-Slovak borer.

On April 21st, 1944, fourteen days after they emerged from the stack of planks, Rudi Vrba and Fred Wetzler reached Slovak soil. Once inside Slovakia, they met yet another sympathetic peasant who brought them to a prominent doctor in the town of Cadca. The doctor listened to their story and said, “Tomorrow I’ll take you to the leaders of the Jewish community in Zilina. They’ll know what’s best to do.” For the rest of his life, Rudolf Vrba, who had escaped from Auschwitz determined to warn the world about the death factory before another train load of Jews could be shipped there, wished the doctor had been right.