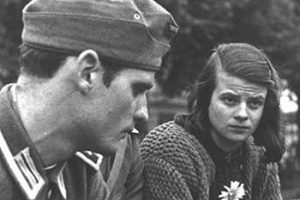 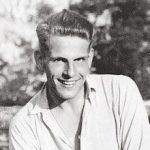 The White Rose was a non-violent, intellectual resistance group in the Third Reich led by a group of students including Hans and Sophie Scholl. The students attended the University of Munich. Their goal was to promote awareness using an anonymous leaflets and a graffiti campaign that called for active opposition to the Nazi regime. Of course, while the actions were anonymous, the Third Reich had spies everywhere. The activities of The White Rose started in Munich on June 27, 1942, and ended with the arrest of the core group by the Gestapo on February 18, 1943. The core group, as well as other members and supporters of the group who carried on distributing the pamphlets, were sentenced to death or imprisonment in show trials by the Nazi People’s Court (Volksgerichtshof).

Hans and Sophie Scholl and Christoph Probst were among the members of the core group. They were captured on February 18, 1943. During the trial, Sophie interrupted the judge multiple times, but she was ignored. No defendants were given any opportunity to speak. They had no way to defend themselves, and were found guilty at the “trial.” They were executed by guillotine four days after their arrest, on February 22, 1943. The group had only been active for eight months, they had never committed a violent act, and yet they were put to death. Hitler’s regime considered them more of a threat for pamphlets and paintings, than if the had run around shooting people.

The group wrote, printed, and initially distributed their pamphlets in the greater Munich region. As the movement grew, secret carriers brought copies to other cities, mostly in the southern parts of Germany. The White Rose authored a total of six leaflets, which were multiplied and spread. In all, about 15,000 copies were printed. They denounced the Nazi regime’s crimes and oppression, and called for resistance. They openly 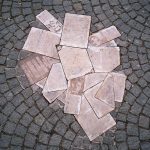 denounced the persecution and mass murder of the Jews, in their second leaflet. By the time of their arrest, the members of the White Rose were just about to establish contacts with other German resistance groups like the Kreisau Circle or the Schulze-Boysen/Harnack group of the Red Orchestra. Today, the White Rose is well known both within Germany and worldwide. Sadly the movement ended almost before it could get started.

One Response to The White Rose