“And I Have Loved Germany So Much.” 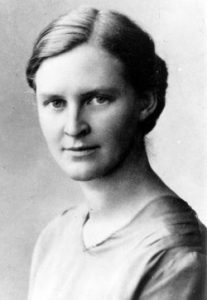 It was a big move for a Milwaukee, Wisconsin girl, but in the end, it would be her undoing. Mildred Fish was born in Milwaukee in 1902, and upon her high school graduation, she studied and then taught English at UW-Madison. It was there that she met Arvid Harnack, a Rockefeller Fellow from Germany. They soon fell in love, and were married in 1926. Because she was a progressive woman and proud of her name, Mildred chose to hyphenate her name, and became known as Mildred Fish-Harnack.

A few years later, she and Arvid both moved to Germany, where she taught and also worked on her doctorate while he worked for the German government. It was during those years that Fish-Harnack became interested in the Soviet Union, where women could choose where to work and also had other rights that women in the United States did not have…a situation which would very soon sound absurd. Nevertheless, at that time, it was so. Throughout the 1930s, Mildred and Arvid, who became increasingly 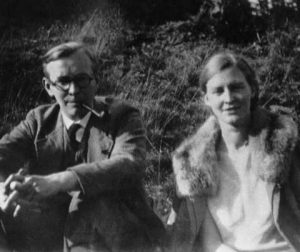 alarmed by Hitler’s rise to power, began to communicate with a close circle of associates who believed communism and the Soviet Union might be the only possible stumbling block to complete Nazi tyranny in Europe. As the Hitler and the Nazi regime began to come into power, Fish-Harnack and her husband joined a small resistance group, which the Nazi secret police…the Gestapo…would later call the Red Orchestra. This resistance group smuggled important secrets about the Nazis to the United States and Soviet governments and helped Jews escape from Germany. When war was declared in 1941, she did not leave with other American expatriates.

Of course, their activities were espionage and would eventually cost them their lives. For his part, her husband, 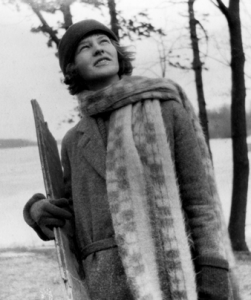 Arvid was hanged in December 1942. Mildred was given a six year sentence, but Hitler refused to endorse her punishment and she was retried and condemned on February 16, 1943. She was beheaded by guillotine. Because of her connection to possible communist sympathies and post-war McCarthyism, her story is virtually unknown in the United States. She was the only American woman who was ever put to death on the direct order of Adolf Hitler for her involvement in the resistance movement. Her last words were, “And I have loved Germany so much.” In the Cold War years after World War II, Fish-Harnack’s name and legacy were not honored in the United States, because she and her husband were believed to have been connected with Communism. For a time they were hated by both of their home countries. Once the truth came out in 1986, that changed and Mildred Fish-Harnack Day was established in Wisconsin. It takes place every year on her birthday, September 16th.