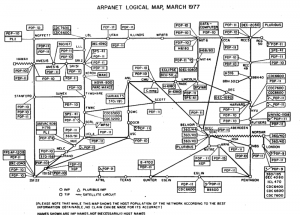 In this technological age, everyone has heard of the internet…even those who don’t know how to use it. It is thought to be the most advanced way to access information, and that is true. People don’t have to even leave their homes to have access to information, products, email, or media…even social media. It was an amazing invention, and some might say it was a time hog. It was the invention of all time, but…it wasn’t the first of it’s kind.

On October 29, 1969, the Advanced Research Projects Agency Network (ARPANET) an early packet-switching network and the first network to implement the TCP/IP protocol suite was presented. Both of those technologies became the technical foundation of the Internet. The ARPANET was initially founded by the Advanced Research Projects Agency (ARPA) of the United States Department of Defense. It seems fitting to me that the Department of Defense would be the first ones to access such instantaneous information sources. Many people and even government agencies might have thought that the average person had no need to be able to access such information, but that would be wrong. Now it’s vital. 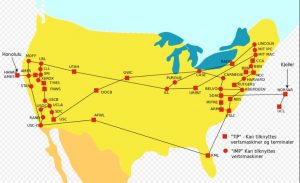 Paul Baran, Donald Davies, Leonard Kleinrock, and Lawrence Roberts came up with the concepts, and designed the packet-switching methodology employed in the ARPANET. The TCP/IP communications protocols were developed for the ARPANET by Robert Kahn and Vint Cerf. They also incorporated concepts from the French CYCLADES project directed by Louis Pouzin. As the network development progressed, protocols for internetworking were developed by which multiple separate networks could be joined into a network of networks. Access to the ARPANET was expanded in 1981, when the National Science Foundation (NSF) funded the Computer Science Network (CSNET). In 1982, the Internet protocol suite (TCP/IP) was introduced as the standard networking software stack in the ARPANET. In the early 1980s, the NSF funded the establishment of national supercomputing centers at several universities, and provided network access and network interconnectivity with the NSFNET project in 1986. The ARPANET project was formally decommissioned in 1990, 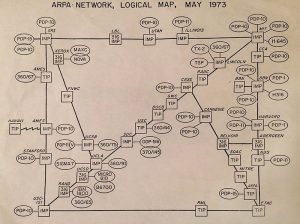 after partnerships with the telecommunication industry paved the way of future commercialization of a new world-wide network…the Internet.

I’m sure that, like the pre-windows DOS program, the ARPANET was quite a bit more primitive. Still, it was an amazing thing to be able to connect with people who were a good distance away from you, and pass data along to them. Of course, the only ones who had access were those in the network, but then when you think about it, if you don’t have internet access, you are out of the loop too, so I guess it is no different really. Most of us thought that the internet was a unique invention, but in reality, it was second in line.