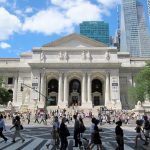 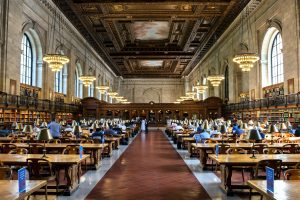 On this day, May 23, 1911, President William Howard Taft presided over a ceremony to dedicate the New York Public Library, which is the largest marble structure ever constructed in the United States. The building occupies a two-block section of Fifth Avenue between 40th and 42nd Streets. The monumental Beaux-Arts structure took 14 years to complete at a cost of $9 million. The term beaux arts (pronounced BOZE-ar) means fine arts or beautiful arts. “The Beaux-Arts “style” emanated from France, based on ideas taught at the legendary L’École des Beaux Arts (The School of Fine Arts), one of the oldest and most esteemed schools of architecture and design in Paris.” The 20th century marked a period of great growth throughout the world, and new access to learning materials was needed. The first free continuous children’s library in the United States was funded privately, and was founded in 1835 in Arlington, Massachusetts. Nevertheless, libraries were in pretty short supply when the New York Public Library opened in 1911. One day after its dedication, the library opened to the public. It is thought that about 40,000 citizens passed through to make use of a collection that already consisted of more than a million books. It was a great day in the world of education.

Since that time, many advances have happen in the world of books. It is a matter of debate in many circles as to whether these changes are good or bad. I settle on the side of good, because I think that if technology is available, we should take advantage of it. Many of my writer friends tell me that they love the smell of the ink on the printed page, or the feel of the book in their hands, but I guess I tend to be more on the practical side of the argument. I like my kindle, and the fact that I can carry hundreds of books around in my purse, to be available no matter where I am, and without the necessity of packing around several books. When the Kindle came out, I saw it as “the greatest thing since sliced bread.” I can own hundreds of books and I don’t have to have room to store them all. Nevertheless, as a writer, I have found that I have very little time to be a reader, and that posed a problem. I had all these books I wanted to read, but I was always trying to finish the story I was currently working on, so time was scarce.

Enter Audible.com. I had heard of Audible long before I gave it a try, but on a “girls trip” with my sister, Cheryl Masterson and my niece, Liz Masterson, I was introduced to Audible by Liz, who is a member. Liz, like me has very little time to dedicate to reading a book, but while she is editing photographs for her job as a journalism teacher, she can listen to a book. “Well,” I thought, “So can I.” So I joined and I have really enjoyed taking my daily walk, while listening to a book, or writing while listening to a book. I am a World War II history buff, and I love listening to the history of that war the most, but I have also listened to many other types of books.

Knowledge comes to us in many different forms, and while the library has been responsible for bringing a world of books to the people, without the need to spend the money on purchasing the book, it also must change with the times. People lead very busy lives, and being able to check out an audible or a digital book is a great way to continue bringing books to the world. Unfortunately, many libraries have been reluctant to accommodate this new style of reading. That is sad for them, because like it or not, the digital age is hers, and if the libraries want to move forward into the next century, they are going to have to join the modern times. I hate to see 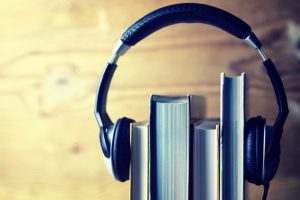 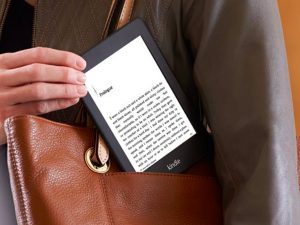 buildings no longer be used as libraries, but there will always be the purist who loves the smell of ink and the feel of the pages, and there will always be schools who bring classes to the library to introduce them to the world of books, but you can’t discount the busy adult who wants to read, but doesn’t have the time. Digital books are the wave of the future that allows even the busiest adult the ability to access books and learning.

4 Responses to How We Learn