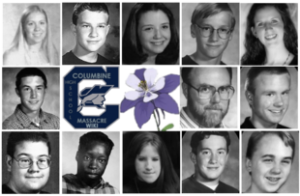 Twenty years ago today, two teenaged gunmen walked into Columbine High School and opened fire, killing 13 people. Yesterday, I watched a news broadcast about the aftermath of those killings. One of the parents, commented on the fact that since Columbine, every time a school shooting occurs, it is compared to Columbine…often stated, “It was a Columbine-like shooting.” Those words had become synonymous with Columbine High School. Like a dark cloud, the stigma of that shooting comes back every time there is another shooting. Twenty years later, the parents and families of the 13 victims of Columbine want to change that…to remove the dark cloud, because if we continue to call shootings Columbine-like…it’s like they win. The grief and pain continue. They do not want their loved ones to always be associated with sadness and defeat. I think that is an amazing idea.

One of the victims, Lauren Townsend loved animals. She volunteered at the local animal shelter, so her parents 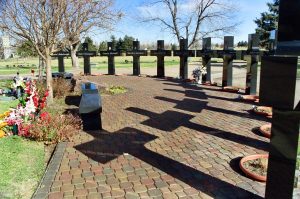 decided to remember her by setting up the Lauren Townsend Memorial Wildlife Fund. Cassie Bernall’s family started the Cassie Bernall Foundation. Their latest project is The Books for Classrooms program. Steven Curnow was a member of the Cornish American Heritage Society from an early age, and in fact he was their youngest member, so his family set up the Steven Curnow Memorial Foundation in support of the Cornish American Heritage Society. Several of the victims had planned to join the military after high school. They were made honorary veterans. Coach William “Dave” Sanders is credited with saving untold numbers of students as he ran into the cafeteria and told them to flee the building. Then he left to warn other students, sacrificing his own life for others. The softball field at Columbine has been named after him, and a scholarship program was set up in his honor. Each of the people who died that day was filled with promise. They were Rachel Scott, Daniel Rohrbough, Coach Dave Sanders, Kyle 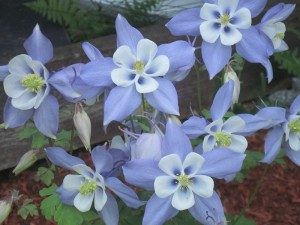 Velasquez, Steven Curnow, Cassie Bernall, Isaiah Shoels, Matthew Kechter, Lauren Townsend, John Tomlin, Kelly Fleming, Daniel Mauser, and Corey DePooter. Their families would like them to be remembered for their accomplishments and their dreams, rather than as victims. They would like the school to be remembered as a place of renewal, healing, and mostly of peace. They noted that Columbine means little doves… among other things. I rather prefer the Victorian meaning, which is resolved to win. I think that if the names of the killers are forever forgotten and never mentioned again; and if these lost ones are remembered for their winning spirit, their loving ways, and their kindness to others, then the right side wins.

4 Responses to Resolved To Win