The World Gets Quiet 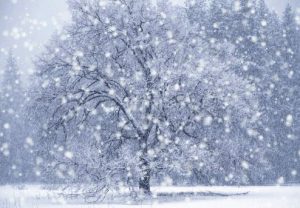 I’m not a huge fan of winter, but recently I saw something the mentioned how quiet it seems when it’s snowing, and I started thinking about the fact, that it really does seem quieter when it snows. I thought it must be some sort of illusion, or more likely, the lack of the Wyoming wind blowing, that made my world seem more quiet. Still, my curious mind had to find out exactly what the answer was. I’m not super into scientific experiments, but this seemed like a good one to check into. Maybe it was just me thinking about that, but maybe it wasn’t. Maybe other people wondered about it too.

As it turns out, it wasn’t just me…and the world really is quieter when it snows. That isn’t something you really see when watching a blizzard on television, and maybe there are some exceptions to the rule, but the reality is that snow absorbs sound waves. When it’s snowing, there’s plenty of space between snowflakes, meaning that there is also less space for sound 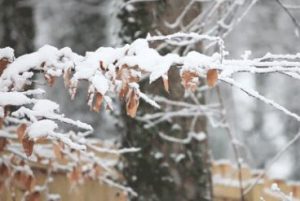 waves to bounce around…so I’m not imagining it. The world actually gets more quiet when it snows. Bernadette Woods Placky, a meteorologist and director of Climate Central’s Climate Matters program says, “When snow falls, it does absorb some of the sound waves.”

To further add to the quiet, as snowflakes stack up, there is more space left between them, compared to the surface of liquids like water. “With all that space, sound is unable to bounce off snow as easily as it would off water,” Woods Placky says. As a result, the sound gets absorbed, and somewhat like the way a soundproof room absorbs the sound, so you can’t hear what is going on inside, the snow pulls the sound into itself, and we don’t hear it very well. Of course, things like less people outside and on the road also account for the quiet. Traffic stalls tremendously during and after a snowstorm, due to icy roads and the dangers it presents to 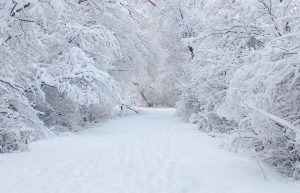 drivers. Many animals, especially birds, also aren’t out as much. They have to adapt to snowy weather that makes their environment colder and their food more difficult to find. They hunker down to conserve energy.

Whatever the reason for the quiet we hear during a snowstorm, I have always felt like it was a beautiful thing. I don’t like the cold, and I don’t like the icy roads, but just watching the snow, fall quietly to the ground, and listening to the quiet that it produces makes it would of those wonderful experiences that you have to slow down and take the time to notice, or you will never have the full peace that happens when the world gets quiet.