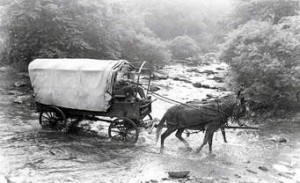 When the pioneers headed west, they were leaving the comforts of home behind. They would be traveling in covered wagons, with bushes for restrooms and rivers for bathtubs. Water was often scarce, so daily bathing was out of the question. You bathed when you came upon a creek or river, and drinking water was far too valuable to waste on such frivolous things as bathing. That said, anyone who has ever camped out where there was not a readily available water source, can tell you that people can get pretty stinky before they finally get to a place where they can bathe. I suppose that is why many of the women…if they were financially able, had things like lemon verbena to cover the inevitable odors. While things like toileting and bathing were inconveniences, they were things people learned to live with as they traveled west in search of a homestead, and they weren’t usually life threatening, other than transferring of germs from less than clean hands to food that was to be eaten. 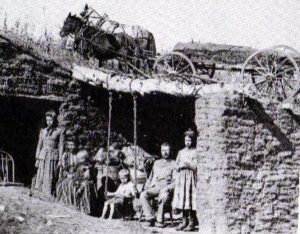 One of the most important things to know, of course, was what to do in the event of an emergency. An injury that is not take care of can quickly turn septic. And an illness that is treated in the wrong way, can bring death. That was one of the more difficult problems the pioneers faced. There were no doctors in nearby towns, and often there were no nearby rows either. They had to fend for themselves. And if they didn’t know what to do, people died. These days many people rely on a doctor or nurse for most illnesses, but the did not have that luxury. They had to be their own doctors and nurses.

The pioneers also had to know how to build their own homes, even if they had never really built a house before. Just because someone has lived in, or seen a house built, dies not mean that you automatically know 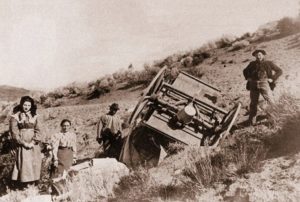 how to build one. They had to know how to fix a broken wagon or wagon wheel, and how to shoe a horse. These were not normally skills that just everyone knew. And they certainly aren’t the life skills that any of the students of today would be taught in a life skills class, but I suppose that life skills is a class that has to be suited to the times. These days, life skills classes might include cooking and sewing, budgeting, and child care. I suppose it was taken for granted that people knew those things before they headed west in the days of the pioneers. These days it seems that fewer and fewer have those skills. I used to think life skills was rather a wasted class, but I suppose that depending on what is taught, maybe it isn’t.