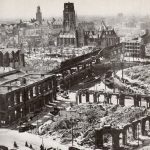 After World War II, most of Europe was in a big mess, whether it was the land,the cities and towns, or the government. There were scores of dead people around, countries and borders were torn apart, most of Europe had been “ground into a very civilized kind of pudding…and the USSR was knocking on the door to come and raid the fridge…so to speak.” Russia would have loved to sneak in and take over when they were at their most vulnerable. The people looked to the United States to figure out away to keep them safe, but not to occupy their countries, per se. That is a rather tall order, but one that the United States took seriously.

So the United States came up with Operation Gladio. Basically, they installed a secret military that would unofficially operate all across Europe. The secret military would have one and only one goal…combating communism. Little is known about this secret military, even today, because it wouldn’t be a very good secret army if we knew all about them. So, facts are pretty limited, but it’s not some crazy theory either. Their existence has been confirmed, and the network has been associated with such high-stakes super-evil events, as an attempted pope assassination, large scale bombings, and kidnappings of several high-level government officials. They were willing to do anything to fight communism…murder, extortion, even seemingly becoming communists, if that’s what it took. It turns out that the Italian branch was a particularly active group. An entirely different president of Italy, Francesco Cossiga, was involved in this ominous anti-communism secret society. The reason we don’t know more about them, even years after the end of the Cold War, is simple: crazy, crazy murders. Their secrets will follow them to the grave.

Then a new Italian president was elected. President Aldo Moro, wanted to allow communists to run for office.The still operating Gladio could not let this happen. He was suddenly kidnapped and eventually executed. 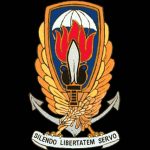 His body was found in the trunk of a car parked next to an ancient gladiatorial site. A warning to others…more than probably!! A “gladio” is an ancient Roman short sword, used in arena combat. A former colonel of Gladio operations in Switzerland decided to write a letter to the government stating that he was ready to “reveal the whole truth.” Again, Operation Gladio took action. The Gladio colonel was found dead in his home a month later. He was stabbed to death with his own bayonet. There were a series of mysterious characters written on his chest that couldn’t be deciphered. Of course, that’s not concrete evidence of Gladio’s direct involvement in these events, but these are just two brutal, worrying events that spin a web of mystery and fear that keeps further investigations from being opened. Sometimes, it’s best to let sleeping dogs lie.